CEO Bob Lorsch of MyMedicalRecords.Com Uses His Company PHR Software With Stored Records And Communication Capabilities To Avoid Surgery And In Turn Gets The Proper Treatment At Hospital…

In the software business, there’s a term called “eat your own dog food” and this is exactly what Bob Lorsch did as a matter of speaking, he used his own company PHR to get the correct 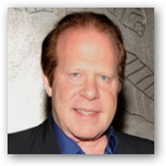 treatment and avoided surgery.  I don’t know how many times I see people promoting software that is “good for you” and then find out they don’t use it themselves but that’s the not the case here.

Below I have taken Bob’s post from his blog and you can read his entire post about how it all took place.  Turns out he had an infection and needed antibiotics and not surgery.  Getting the copy of the CT scan was vital and keep him out of surgery with a 2nd opinion.   This just goes to show how a PHR can have the potential to save your life and in Bob’s case, no surgery after the CT scan was in hand by the hospital.  What’s amazing here is that we talk about having medical records all connected everywhere and with this example you can clearly see they are not.  Bob was able to react faster in fact than what the hospital staff could have done.  So again a word to the wise with a PHR, get one and at least keep some basic information available and store other medical documents so you can access them when needed.

It’s going to be a long time before the automatic exchange of medical records in in place so in the meantime, take control and listen to your body too.  MyMedicalRecords.com is a sponsor of the Medical Quack and you can find the link in the top right hand corner of this blog to find out how to enroll and get started with a PHR.   This is a good story with a good outcome and I’ll continue to beat one over the head when it comes to the value of PHRs.  BD

Last Thursday, I was admitted to the hospital with pain in my mid-section and an elevated white count. I had been experiencing mild symptoms of pain in the stomach for more than a week, and when the pain started keeping me up three nights in a row I called my Internist.  He referred me to a gastro specialist whom I saw on Monday, November 18th. The doctor gave me a complete workup which included taking a rush “STAT” blood draw.  After the appointment I was sent home with two antibiotics and instructions to wait for his call. At 9:00 that same evening the doctor called and told me I had a significantly elevated white count and to immediately go for an emergency CT Scan.

I told the specialist that would not be possible as I was traveling to Chicago early the next morning for scheduled meetings where attorneys from around the country were gathering and we were not meeting at an imaging center. I explained that this was an important and time-sensitive meeting and only something like removing my appendix would keep me away.  So unless he could tell me I was having an appendicitis attack, I was going to Chicago.

As it turned out, the only reason I am able to write this blog and appear on Fox News all weekend and again in a special segment later today is because my MyMedicalRecords.com Personal Health Record account kept me out of an operating room.

So since my diagnosis was not definitively an appendicitis attack….. despite the pain (and fever) I was at LAX at 4:30 AM and on a 5:40 flight to Chicago with the Company’s patent attorney (who did not have a copy of my advanced directives).

We arrived at the meeting in Chicago, which by that time was

the only thing I could feel good about.  Then, I drove from the suburb of Deerfield to the Chicago Loop for an MMRGlobal investor dinner, returning to the Airport Hilton in time for a few hours of sleep and the morning flight that would get me back to the office for more than half a day of work on Wednesday.

However, that is not exactly what the universe had in store for me. Instead, the ongoing fever and pain made me realize I needed the CT Scan before going to the office.  So I scheduled the procedure from the in-flight Internet. After the three-hour imaging procedure I went home to wait for the results.

At about 6:00 PM that night I received a call from the specialist telling me to get myself to the hospital Emergency Room with specific instructions to be admitted, adding to both my wife Kira and I that it was a life or death situation. The specialist also contacted a surgeon to be my admitting physician and I was in a hospital bed the next morning, which was now Thursday.  I had been told that I would be out in 2 days and I had an infection that that would simply be treated with IV antibiotics.

I quickly learned that now everything was an emergency.  My CT Scan was done outside the hospital so when I checked into the hospital no one had a copy, only a verbal report from the specialist.  However, when a surgical team came to my room to prep me that night, they told me I was not headed to an IV Line but to surgery. Then I started asking more questions. Based on what I learned, I told them that surgery was anything but acceptable. I made it very clear that I did not want surgery and requested a hospital radiologist render a second opinion on my CT Scan. The problem was it was not at the hospital. Because I know how important it is to ask for a disc of the procedure whenever a patient leaves a radiologist, I had one with me. But I did not have the report. I 911’d the specialist, who emailed the report to me. The hospital had no way to receive email from a patient, especially at what was now 7:00 at night. However, every Nurse’s Station can receive a fax.

So using my personal MyMedicalRecords.com account, I uploaded the email to my inbox, moved the report to my radiology file and faxed it directly from my Personal Health Record to the Nurse’s Station.

Records and disc in hand, the surgical team went to a radiologist in the hospital and they all read the film together.  Forty-five minutes later, the team canceled putting me under the knife and started the IV.  Clearly, without a patient-controlled copy of my PHR, I would not have able to be on Fox & Friends Saturday morning discussing the latest on Dr. Afridi and back in my office today. Instead, I would have been in recovery, having had an unnecessary surgery.

Surgery canceled, and 4 bags of IV antibiotics later, it was off to Fox & Friends.

The best news is of course that I didn’t need surgery, and that the influx of antibiotics seems to have resolved the problem. I walked out of the hospital feeling great and, as a matter of fact, several people have said I’ve never looked better.

Had I not had a Personal Health Record I would not be writing this blog pain-free. This Thanksgiving, Kira and I have a lot to be thankful for in that MyMedicalRecords kept me from having an unnecessary operation.

If you haven’t already done so, I encourage you to use this holiday season to open a Personal Health Record account at MyMedicalRecords.com and collect all your family’s important information when you are gathered together before it’s too late.