Home » Medically Related » My Commentaries » Technology » CMS CIO Leaves to Take a Job in the Private Sector–Gets Out of the Healthcare.Gov Frying Pan–Not Uncommon Today As Government and Consumers Still Think Magicians With Magic Wands Can Fix Things Quickly In a Very Complex World of IT Infrastructures…NOT

Did anyone ask him to leave?  Probably not I would guess as right now you really don’t want too many key folks in IT to leave at once, and I am guessing he had enough. It happened not too long ago at the VA where the two top IT folks left and they were smart but so many

politics involved with digital illiterates trying to control the action, after a while the smart folks give up as there’s other things to do with technology than live in pressure cooker with a bunch of illits where you need to devise “Pig Latin” types of translations so they can understand part of it.  That’s been going on for years.

Then you have the department head or CEOs in companies that don’t want to hear details and want it all done by bullet points and crap that doesn’t work either with just dealing on the surface.  Not that they need to be experts but same scenario of not taking a little time to learn.  I had to laugh this morning watching the video on the Sebelius testimony with Senator Bill Nelson telling Sebelius in reference to the contractors “to burn their fingers” (grin), talk about 2 digital illits at once! 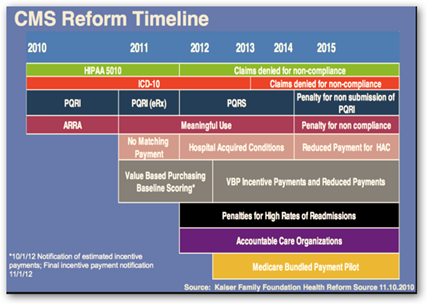 not just out there mopping code off the floors.  Again as referenced above, trying to figure out a solution but in actuality gov and consumers learning a real hard cold lesson about complex IT infrastructures today.

They don’t grow on trees.  Sebelius does a good job showing her lack of knowledge and what body language shows as a dislike of technology, like here…”Speed up Health IT”…no comprehension that folks are already working at 150% and never a word of thanks for any technologists as I somewhat surmise she thinks IT makes her look bad (grin).  If it isn’t that it’s Sebelius and Holder telling all hospital associations and doctors they all are liars with their billing with bringing nothing to the table as medical records have helped doctors with better bill so they can get paid for what time they really spend.  See what I mean, she dislikes it as she’s not tech and it’s eating her up, said it would happen in 2009.  So here’s your hard lesson…

US Consumers and Government Are Learning a Cold Hard Reality About Complex IT Infrastructures.

job and worked, and then later the gov could go in and write their own code and replace modules if they want.  When you have a short time frame you do what you need to do to deliver, period.  Look at Oracle had in 2011 and announced it and not one word anywhere about anyone using the turnkey state software exchange with 834s and a lot more built in and it’s Java and not XML.  Java is still king, look it up on the web with what all enterprises use.

So he gets out of the “digital illiterate” frying pan.  I would too if I were him as I go nuts at times trying to educate folks who want to hand on to “their” perception that is way off base and I tell folks the real story, good, bad or indifferent as if you lie the code will eventually catch up and expose you.  It does what it is programmed to do, not like people as some do and some don’t.  You can choose “magic” and a perception that doesn’t work or you can choose understanding a bit more about math and technology, good videos at the Algo Duping page where the layman can get some of this as it applies to everything.  BD

A Medicare official who oversaw HealthCare.gov's botched launch will leave the federal government for the private sector, according to an e-mail sent late Tuesday to Medicare employees.