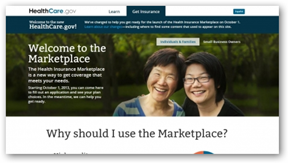 Henry Chao, deputy chief information officer at the Centers for Medicare and Medicaid Services.  Henry Chao has been cited in other testimonies relative to his involvement  A couple days ago the CIO of CMS handed in his resignation.  This is pressure cooker.

Steve VanRoekel the US CIO as far as knowledge here is probably at the top but more removed than the other two as he has the entire US government to worry about with information systems and not just HHS with overseeing many projects and has his hands full; however he does know engineering and how infrastructures are designed.

Henry Chao just by where he works and his title is the one who was probably the most involved.  Todd Park was the CIO for HHS before he was given the US Chief CTO position and one of his efforts out of the barrel at HHS was to re-do the original site.  This was before the exchanges and it was good and worked well with the exceptions even then of conveying accurate insurance information and that’s due to the constant shift and changes with insurers.  The original open source code they developed for the web site was originally on GitHub, a site for sharing and creating open source code and has been removed now.  the original site was built in 90 days but it’s very simple compared to what’s running up there now with the exchanges.  Now it has been elevated to a subpoena from Congressman Issa.

Health Tech Today Speaks with Todd Park on How HealthCare.Gov Works and the Planning (Video)

Everyone is stuck on the numbers and they make big headlines and I find this amusing for the most part as we know it needs work but the world is addicted to data and each news agency figures out how they can add more impact to their coverage to make sure this is perceived as something you absolutely needs to worry about all the time:)   With the deadlines to enroll, some of the pressure has been removed, thank goodness.  Now it even gets better with the White House saying that 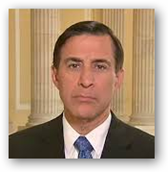 Todd Park is too busy working on fixing Healthcare.Gov to testify and recommends he appear in December.  This is kind of funny as the project is in the hands of the engineers, not Park.  Sure he’s overseeing it for sure but again politics and a few hours is not going to make or break the website:)

Todd Park background goes back to Booz Hamilton to where he met Jonathon Bush and they started Athena Healthcare, and medical records software system used by many doctors in the US and he was also one of the folks starting Castlight, another analytics Healthcare system which is questionable to me with having real value as it’s basically analytics for health insurers, so their market there is more segmentation analytics for the insurance industry.  Castlight also helps employees who have group insurance get through the complexities of insurance policies today so if insurers could provide this in a way that consumers could use it, there would go about half of the Castlight business, they do algorithms.

Ok so now Issa threatens to issue a subpoena to make sure Park appears…this is the side show part of all of this with both sides.  Again Henry Chao though is closest to the every day events and his testimony will be important and I do wonder what we will hear from him and how specific he will get.

Again in my opinion when turn key state exchange platform systems were available from both Oracle and Microsoft and the fact that they never got mentioned is a question that should come up as why in the world are we sitting there writing JBoss middle ware code when Oracle Fusion middle ware is fully integrated with their other systems and no code to write except with apps and that part is there either way but a lot of time could have been saved with writing integration code.  States who built their own exchanges could have used on of the systems too to connect with the Fed Exchange so they had to work with the Feds to make sure their designs could connect as well.

The system did use and Oracle module “Access and ID” and it was integrated (code written) to work with all of their other models and the turnkey state software exchange platform.  The point I am making here is why are we writing integration code to do the equivalent of Oracle with open source components that need this in order to communicate, when it could have been done off the shelf to begin with.  When you have a tight time frame you do what you have to do and if using more commercial software would make it work and be a success, that’s what could be done.

In addition both the Oracle and Microsoft turnkey systems had the 834 standard all built in and that’s a major problem right now along with using XML instead of what most of the enterprise uses, Java when you have “application heavy” sites and services.  Again perhaps Henry Chao will give some additional details on how the design of this took place.  I would buy code modules when I was writing instead of doing from scratch myself and those were very small projects compared to this massive project so again I do know there’s a heck of time saved.  Again I think Henry Chao’s comments will be the ones of interest since he’s closest to the project where as the others are farther removed.

So stay tuned next week and see what the latest committee 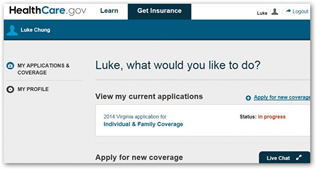 testimonies bring.  I do hope they hit on some of this and get some additional information out there.  I looked at the 175 pages and yes I could see a lot of work being done just troubleshooting and you also need to address stability of the the site and re-engineering might be the only way to do it and there’s many options there too, again we go back to the potential of Oracle software where a lot of code integration has already been done ahead of time.  Sometime government may not look in this direction as when using some off the shelf modules, it means less money for contractors as well as they won’t be needed to write as much code.  Again based on what I read in the news, back in September I told my readers to be prepared to use the phone and send paper applications with the contingency contracts awarded in June, just reading between the lines.  So let’s hope this is a real fact finding effort here and hope it does not end up being a typical political witch-hunt as we see so much of.  BD

WASHINGTON (Reuters) - U.S. officials who helped develop or oversee the rollout of the flawed Obamacare website will appear before the House of Representatives Oversight Committee next week, the panel's Republican chairman said on Thursday.

Representative Darrell Issa said he wants to hear from these officials next Wednesday about why the website has performed so poorly, potentially preventing millions of people from enrolling in the new online health insurance exchanges.

"When HealthCare.gov launched on October 1, testing was incomplete, the system had not yet been fully tested for security concerns and new problems kept appearing," said Issa, a Republican.