The Department of Energy's Oak Ridge National Laboratory is where all the computing power is and for now is the World’s fastest computer.   Titan is a Cray XK7 system and is capable of reaching a speed of 17.59 petaflops, or more than 17,000 trillion calculations per second. 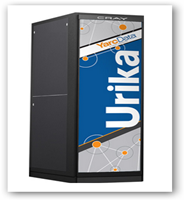 It takes up about half an acre of space, that’s big.  The machine costs $100 million and the electric bill is like $9 million a year!

The government has been Cray’s most consistent client as you can read below.  DOE does rent out space on the monster and below is a post form 2010 listing some of the awards.

“According to the DoE, “Selected projects were chosen for their potential to advance scientific discoveries, speed technological innovations, and strengthen industrial competitiveness and for their ability to make use of hundreds of thousands of processors to work in concert to do so.”

I thought this was an interesting time to talk about fast computers that work in view of what we have seen of late with insurance exchange websites (grin).  Now you know what is helping power CMS with their auditing. 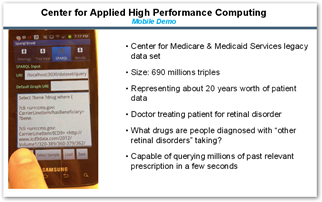 I am guessing they too get some space from the DOE center.  CMS is  actually using a unit called a YarcData Urika Graph Appliance which does not have to be at the DOE center.  You can almost bet the NSA has their share of Crays.  The Urika can go to the web so the heck with Verizon maybe (grin) once the engineers sandbox for the Insurance Exchanges can generate a working model.

I might guess too that the Sentinel program at the FDA is on board here with super computing power and it can certainly save having to buy the data if enough is contributed. 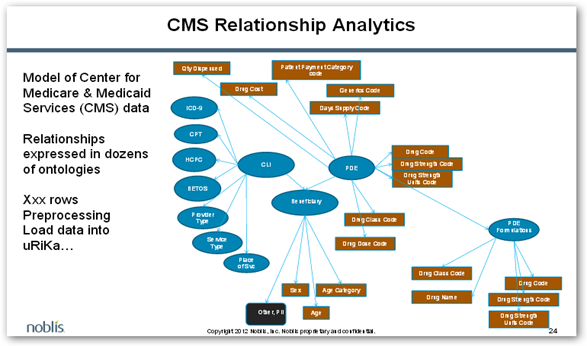 The article states that the Cray Unit is being used to detect fraud with payments and I am guessing that includes billing, but don’t quote me for sure, I think both are the same but not being there I could be missing something here.  I would have no clue on the software end that CMS might be using but it’s ready for Hadoop and has to connect to old US legacy servers so could say but the URiKA appliance does the visionary work here.  Journalists can use it to quickly check out new articles.  The unit can hold up to 512TB of data in memory, a lot of data.

Pretty impressive and a break from the other HHS/CMS data issues for now but on the other hand this is the same data base used for the Healthcare.Gov element with the federal hub…you can see the specs here for the “Federal Hub”…and as you can see it groups data together to search so when you hear the announcements on not storing data, well in essence it is, using what is called “in memory” searches.  BD

The U.S. government directly or indirectly accounted for two-thirds of Cray's revenue last year. But the company is reaching out to new customers interested in big data. Last year it set up a new unit called YarcData -- Yarc is Cray backwards -- to focus on analyzing huge amounts of information and teasing out unseen patterns in a process known as graph analytics.