Home » Medically Related » My Commentaries » Other Items of Interest » Technology » State of Massachusetts IT Problems With State Unemployment Benefits System, and California Has Their Issues Too-Deloitte Here..

They severed a $114 million dollar contract with Deloitte.  This is not uncommon with big IT Jobs today and as I said a while back the government and consumers are learning one big cold hard reality lesson about complex IT infrastructures, they don’t grow on trees.  More hearings!

Deloitte is also one of the big accounting firms that helps US Corporations with tax shelters, and as a matter of fact if you do not have one of the 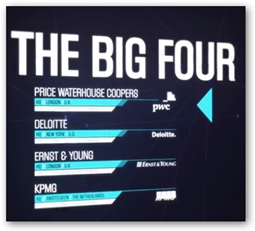 Big 4 accounting agencies it’s kind of spoken that it may not work as well.  You can read more about the Tax Free Ride at this link below as it’s important today to know what corporations are doing via subsidiaries.  Interesting is it not to see how some of the same corporations getting big government contracts are also helping US corporations avoid taxes in the US.  I guess business must be better on that side of late (grin).  The big four have also been under scrutiny too on how they are taking over the regulators with their algorithmic formulas and math models, so some Algo Duping going on here.

In addition it’s been 20 years worth of work with the California Comptrollers Office trying to update the California payroll system and COLBOL still makes that happen today and a lawsuit was filed against SAP.  Boy am I glad I’m not writing code these days with all these extreme complexities.   Here’s what I said about a month ago.

Well I have been talking on this topic for a couple of years now and it’s all coming out from under the carpet as complexities grow.  Michael Krigsman was all over Twitter about a week ago with the Deloitte comments at a conference in California relative to the Deloitte failures here, “well it might be fixed”, “it could be fixed”, “we are hoping to have it fixed”…from the Deloitte folks, all over the place.  That’s why I had to laugh today with still yet another reporter asking the President to give him a definitive data for when Healthcare.Gov would be fixed..duh…BD

In August, the Massachusetts Department of Revenue lost millions after severing a failed $114 million dollar IT contract with Deloitte.  Yet the major consulting firm recently won an IT contract with the Registry of Motor Vehicles. Independent analyst Michael Krigsman told the state Senate’s Post Audit and Oversight Committee that the reality of large IT projects is that they fail.

“30 to 70 percent of these projects may be late, may be over budget, not deliver exactly what you were hoping to get.  IT projects are fraught with difficulty,” said Krigsman.