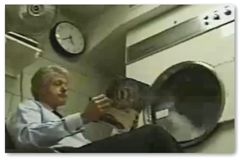 thought it was worth looking at again as former President Clinton made this video himself or I should had it produced himself.  This is his last day of office to where he’s going to learn “the internet” as he had not had time while serving in office:)  It is entertaining but when you think about it the video makes a real good point on how things have evolved.

Certainly the former President is there to support President Obama but he might stumble along a bit on some issues and statements and we have had those all over the place.  You have to love the music too and all the rest of the participants in here as well.  So as I stated below just like the markets it’s the continuous rise and fall of the machines as it has advanced a lot since Clinton was in office and he didn’t have all of this to deal with.  You can bet sometimes that President Obama might just like getting out there mowing the lawn to take a break:)  It works for me sometimes and I don’t have near the pressure he does.

Today when Clinton said let people keep their insurance I don’t think he understood what all that meant in total as we are dealing with very complex math models with insurers and it’s a big deal.  If you don’t understand how insurers are hiring quants right and left to develop even more then scoot on over to the Algo Duping page or scroll down and watch the Quants of Wall Street below as it will cue you in on how this works and the manipulation processes and also watch the video “It’s all about context” and you are hearing that a lot today and professor Siefe was ahead of his time with this lecture over 2 years ago and you will not think the same about all the stats and studies you see out there today by all means.

ability to crank them out on almost anything you want we are addicted and think those numbers have value everywhere, when in fact a lot of the time it does not.  It’s marketing and some times when you see such as yourself “do those numbers impact anything in my life”…just a good balance point for sure as we do and self included at times find ourselves distracted by them and we go off on tangents and lose our focus but that just shows you how strong the marketing is and how it works.

I like Bill Clinton and who doesn’t as he’s one of those people who you just like, it’s his personality and he means good all the way around but again to compare his administration relative to healthcare compared to what’s out there today, you can’t and there’s been a lot “duping” going on out there.  With bad math and models, the numbers will eventually shake out and like Mike Osinski said in the Quant documentary, “you can do anything with software” and you end up living a model and lose track of how it all plays out in the real world too.  He no longer writes software and has an oyster farming business.

So keep this in mind as you read and hear about cloud computer and how we feed them more algorithms at times than they can eat.  BD