Here are some additional ties to United Healthcare in the news today and McConnell is at the top of the list with over $75,000 since 2011 as well as the company co-sponsoring a big fund raising dinner. 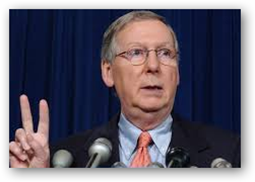 You can read below that the two donations for Rand Paul and Ted Cruz were much smaller.  This remains controversial as related to QSSI, the United healthcare subsidiary now in charge of the federal website.  This is only one of many and it’s worth your while  to see United’s 15 pages of subsidiary companies and entities.  All businesses are not insurance and include big government contractors like LHI, a sleeper few know about that generates a lot of money from the DOD and VA.

There is still the controversy from HHS former regulator, Steve Larsen that left HHS and became a VP at the Optum division of United last year.

Doctors in the US did get a little relief this year from the Supreme Court that now allows doctors as a group to litigate against insurers with disputes, and United Healthcare fought it all the way up to that level, so now it’s not always the big corporation against one doctor with disputes. United for years had doctors sign contracts that said they could not group to litigate.

So again with this in mind there could be any kind of lobbying taking place that may not be in the interests of insurance, again look at the subsidiary list and it could be medical records, cheap hearing aids, overseas companies like China Gate they own, or even investments in the housing business.  Here’s one example below with soliciting consulting services with their Optum division to be the consultant to handle installation of 3 of biggest medical records systems in the US, not sure if this means outsourcing or “in addition to” what the vendors provide on their own…again just one example of the various types of businesses the company subsidiaries operate.  BD

"At this point, senators from both parties can agree: HealthCare.gov is a rolling disaster. Every day seems to bring more, newer comic calamity," McConnell, R-Ky., said Oct. 29 in a Senate floor speech. "The only thing the website seems to be good for right now is creating punch lines for late-night comedians."

However, since 2011, McConnell has accepted more than $75,000 in political donations from health care giant UnitedHealth Group, which owns the technology company that helped build and launch HealthCare.gov for a reported $155 million and now is responsible for fixing it.

Holmes noted that UnitedHealth donates to many politicians, including $5,000 last year to Ted Cruz and $2,000 to the leadership committee of Sen. Rand Paul, R-Ky., both of whom are prominent foes of the Affordable Care Act.