Home » Medically Related » My Commentaries » Other Items of Interest » Technology » CMS Announces Their Data Sharing (Selling) Tool For Researchers For A Fee, Can Include Potential Use With “Interviewing a Data Base” for Journalists (Video)

Ok so there’s a fee and it’s healthy one too for accessing research data samples on Medicare A, B, and D and it is cited as a tool, but the cost is slated to be around $40,000 a year so that is selling data in my book. It is slated as a “sharing tool” but correct me if I am wrong,

sharing means you give the information out for free, right?  I’m sure there’s a need in here to recover some of the cost of setting all of this up with making the data available to review with de-identification built in.  The press release sells this as being a good deal as if one were to download and process the same data the cost could be around $100,000 a year.

Instead of downloading this is using virtual technologies so researchers can access the data without leaving a virtual connection.  Most of us are familiar with virtual desktops and web based products and this is along the same lines so data will not be loaded on a computer.  So the research data one might be looking to do I would say of course would be with an ROI of recovering the cost to use the virtual system and with big projects it could be worth it when looking for data that might show what drugs are being commonly used for a simple example.  There are more and more of these projects taking place to sell data for research.  The Mayo Clinic has their agreement with United Healthcare and the Optum Labs for medical records of their patients.  There’s a video at the link below that kind of does a bit of a commercial from the Mayo CEO asking others to add their medical record data to the till.  I’m sure it’s the same set up with virtual access. 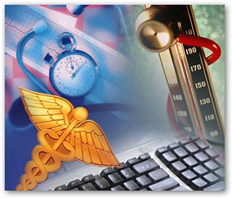 wants a chunk so again how much data does one need and what kind of data do you want to look at for the cost?  My next question is is that I wonder how many are going to have time to do all this research?  Sure there will be some but what kind of an ROI will be achieved?  We don’t know so get in there and look around and see if you can find a query point of reference that you can use?  Again the ROI has to come in to play somewhere along the line here and time will tell how much value all the resources really have to offer.   I can see journalists getting in to this as they end up interviewing a data base instead of a person this way and create news articles.  This video kind tells the story on that end and the already struggling news agencies will be looking at their ROIs to see if their journalists are getting their money’s worth in creating articles that in fact get read and with analytics that mean something.

This video by the way is from the same group that brought us the Quants of Wall Street documentary, and you can always find that one in the footer of any page on this blog, well worth watching.  Kenneth Cukier writes for the Economist.  Journalism will become teams with researchers helping add content data for the writer.

So that is one use of the data, and you have already seen some articles of such in the Wall Street Journal over the last couple of years as well as the New York Times.  Insurance companies of course will be big clients as many of them administrate Medicare Advantage plans.  Look for more insurance studies as they “interview” data bases as well.  So CMS is has entered the data selling business as I see it.  BD

In a move that advances the Obama administration’s work to make the health care system more transparent and accountable—and to help meet the pressing challenge of health care delivery system reform—the Centers for Medicare & Medicaid Services (CMS) today announced the launch of the CMS Virtual Research Data Center (VRDC) at the White House event Data to Knowledge to Action: Building New Partnerships.   Part of the President’s Big Data Research and Development Initiative, which aims to improve researchers’ ability to extract knowledge and insights from large and complex collections of digital data, the VRDC is a secure and efficient means for researchers to virtually access and analyze CMS’s vast store of health care data.

Researchers using the VRDC will access CMS data from their 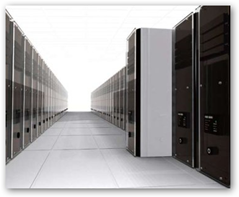 own workstations and will be able to perform analyses and manipulate data within the VRDC.  Historically, CMS has filled researchers’ data requests by preparing and shipping encrypted data files.  However, given the rapidly growing demand for timelier Medicare and Medicaid data, the agency needs a less resource-intensive means of responding to data requests from researchers.  The VRDC will help CMS meet these demands while also ensuring data privacy and security and reducing the cost of data access for most users.

The VRDC offers researchers several advantages over the traditional shipped encrypted data files.  First, researchers will be able to access Medicare data at a significantly lower cost.  Physical delivery of a large sample of Medicare Parts A, B, and D data can cost more than $100,000 for just one year of data.  In contrast, using the VRDC, a single researcher conducting one project over the course of the year can access as much Medicare data as he or she needs for approximately $40,000.