Home » Insurance » My Commentaries » Other Items of Interest » Technology » “The Wall Street Code”..New Documentary–“I Don’t Think That Anyone Understands What’s Going On”…Advanced Mathematical Formulas, Algorithms With a Life of Their Own…Financials and Insurance Markets..

VPRO Backlight has another winner and they have produced several documentaries

which have been featured here at the Medical Quack.  The company does a really good job in taking very complex matters down to a consumer level where the layman can understand the concepts here.  You don’t have to be a mathematician to understand but again as I keep repeating here, insurance companies are using the methodologies so take a listen.  When I first posted the “Quants” documentary I was still doing my series called “The Attack of the Killer Algorithms” talking about every day occurrences where access is denied…the machines and math are doing the work.

Here’s a recent post to where I go into how it affects healthcare, it is just Wall Street the continuous rise and fall of the machines..nothing changes until the computer code is changed. 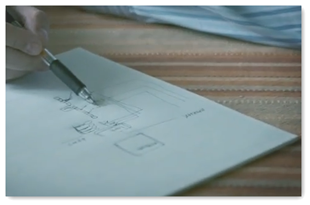 way computer code is being used and I’m sure this has a lot to do with his philanthropy efforts as this was not his goal to create mean, greedy networks to move and shift the money to pretty much destroy the economy.  His idea was to improve education but do we have that today, no.  We have just have a world of folks writing code for profit with little or no concern for how it effects the economy or individuals.  There’s a ton of “junk” code out there with no value other than to create another millionaire.  All code does not have “real” value.

Here’s the latest from VPro Backlight…”it’s all about the ALGORITHMS…”this is what’s in store for you”…”your code is wrong”…”when one tick happens, the world is divided into winner and losers”..think Obamacare there, as it applies there as well..one day the algorithms stopped working…it’ beginning to happen in healthcare too..millions of lines of code… 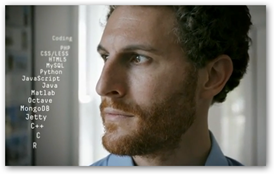 trying to find out where their bug was, and was not his bug with code, went higher than that.  Check the want ads and see how many Quants health insurers are hiring these days…lots as well as data miners.  Nice conversation with Eric Hunsaker from Nanex in here as well.  It’s all about the data centers…and we get a short tour of how Chicago and New York and how the money lines connect.

Scott Patterson from the Wall Street Journal is also spotlighted in the video.  It’s not a business guy who designs these features that allow stocks to jump ahead of others..there’s like less than 10.  There’s your languages in the image to the right..yes how many can be proficient in all…ask any coder..not many.

Pension Funds…”the dumb money”…it’s all about figuring out when an institution is buying and selling to pick some of the top”…math and math models…”it’s too complicated for the consumers to understand what is being done with their pension funds…if they understood it they would be mad”..a few quotes here…watch the PBS documentary “The Retirement Game” if you want more information on how hedge funds and others easily skim off the top in that arena…math, math and more math…”90% of Americans do not know how the US Stock Market works”…”stock exchanges are largely owned by private equity firms”…not the brokers any longer…”high frequency thrives on complexity”…so guess what’s on the insurance exchanges…”complexities” and insurers are sold on the markets, keep that in mind…it’s a different bunch of algorithms with complexities…and how they all play out are not about stocks, but rather more about using segmentation modeling for inequality here.

Why aren’t people curing cancer one asks..what are they doing here making riches with pennies..and that’s where the big questions lie…there’s tons of money made with “Algo Duping”….using math models to make money beyond the understanding of the US consumer.

Listen to the last group, “The Algo Arms Group”…they are sitting around writing code…and running a Hedge Fund out of an apartment…one algorithm written generating tons of riches…

The SEC has taken no action and it’s probably too complex for them to figure it out..what I keep saying we need Agency Leaders with “some” tech in their background with IT Intense agencies.  Same thing at HHS and DOJ…Gov can’t get it or hire Quants from the other side to explain it, they build the models.  One good point made here about the Flash Crash, you can’t replicate it and expect the same thing..it’s more like a perfect storm as I once guessed…BD

Monday, November 04, 2013
Insurance , My Commentaries , Other Items of Interest , Technology