Home » Medically Related » Other Items of Interest » Pharma/FDA News » Johnson and Johnson Along With Three of Their Subsidiary Companies Agree to Pay Over $2.2 Billion to Revolve Criminal and Civil Claims Related to Fraud With Prescription Drug Marketing And Promotion

Johnson and Johnson Along With Three of Their Subsidiary Companies Agree to Pay Over $2.2 Billion to Revolve Criminal and Civil Claims Related to Fraud With Prescription Drug Marketing And Promotion 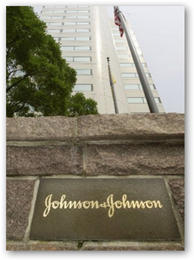 disabled.  I am glad someone is finally looking in to this as if it’s not drugs the whole world thinks there’s a computer app to control and adjust behavior.  While apps can be a tool, the way the insurers promote it, it’s what stands between bigger profits as computer code does and can control folks with misguided perceptions.  Anyway back on topic here Arkansas was also on the case with this ruling in April of 2012.

Johnson and Johnson Gets a $1.1 Billion Dollar Penalty in Arkansas Risperdal Case

Even a bit more disturbing centers around Scios Incorporated, promoted the heart failure drug Natrecor for off-label uses that caused patients to submit to costly infusions of the drug.  The new CEO of Johnson and Johnson is also linked to fraud back to Omnicare.  Omnicare was also involved here paying kickbacks.

Incoming J and J CEO, Alex Gorsky Linked To Fraud as Relates Back to Omnicare States Motion Filed By the Federal Government

Omnicare, the nursing homes involved heavily with Johnson and Johnson with the Risperdal abuse ended up swapping their home infusion business with Walgreens.

Doctors were also paid to induce prescribing drugs at nursing homes and this all came about as a result of a whistle blower case.  In 2007 Risperdal was approved by the FDA for adolescents and both that group and seniors are where the abuse lied with over prescribing to make money.  Of course this relates back to abusing Medicare in the billing area and money spent.  I keep telling all to “pay attention” to where the action takes place with corporate “subsidiaries” and we have it with health insurers too and allows them to lay under the radar as the public does not recognize many of them being part of a bit overall conglomerate until something goes wrong.  In other areas there’s still the ongoing DePuy lawsuits over the knee and hip replacement devices that involved a huge a recall.  BD

We are here to announce that Johnson & Johnson and three of its subsidiaries have agreed to pay more than $2.2 billion to resolve criminal and civil claims that they marketed prescription drugs for uses that were never approved as safe and effective – and that they paid kickbacks to both physicians and pharmacies for prescribing and promoting these drugs.

Through these alleged actions, these companies lined their pockets at the expense of American taxpayers, patients, and the private insurance industry. They drove up costs for everyone in the health care system and negatively impacted the long-term solvency of essential health care programs like Medicare.

This global settlement resolves multiple investigations involving the antipsychotic drugs Risperdal and Invega – as well as the heart drug Natrecor and other Johnson & Johnson products. The settlement also addresses allegations of conduct that recklessly put at risk the health of some of the most vulnerable members of our society – including young children, the elderly, and the disabled.