Well that takes the pressure off of having a bond sale perhaps as the hospital wants to expand and add some more space.  The couple giving their donation became wealthy as a manufacturer of generators.  Last year the Clinic received donations of $361 Million and when you look at the financials for the Clinic, well that was kind of their profit, 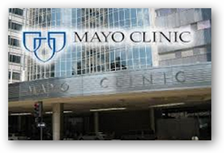 the donations as the income was stated at $395.4 million in revenue from $8.5 billion in revenue…lot of money to take in to make by comparison a small profit.  A few years ago Mayo stopped doing clinical trials in 2008.

Mayo Clinic Says Goodbye to clinical trial services in the US

Mayo plans to hire more scientists and some of the donations went to the strange Optum Labs research facility with UnitedHealth Group to pool the medical records and sell that research data.  I mentioned in a prior post that the CEO of Mayo seems like of late that he’s doing a commercial for United of sorts.  Read the press release information at the link below and see what you think as it doesn’t tell any story at all as far as what AARP is going to do with the joint Optum Labs effort, donate all their medical data for sale?  I still think all of this really is better done at the FDA with a lot of it, but less data to sell and profit from that way.

Here’s a video below and being I have been doing this blog and recognize patterns it’s beginning to sound like a United Healthcare pitch and he’s stating Obamacare not doing anything to help outcomes and it’s all about cost and talks about reimbursement tools…and he’s talking about technology which will save money.  Listen to the man doing the interview as he is questioning pay for performance incentives for doctors, how could a system like work he asks and the interviewer is right because so far we have not seen any strides and doctors all hate it with the analytics that are skewed but at Mayo they are on salary as I understand so a totally different perspective.  Sure there are errors and technology creates some of these as well.

Anyway, Mayo has been lucky with the donations as I mentioned above the one donation for last year pretty much was the profit and like all other hospitals they are looking at money.  There are certain fixed costs though that are not going to change much and hopefully folks will see this is not a bottomless pit of savings.  Sure Obamacare is not perfect and yes it is an insurance remake but where do you start?  BD

The gifts of a Wisconsin businessman and his wife to the Mayo Clinic have reached $100 million, with much of the money supporting research on how to improve the way patients receive health care.

Mayo Clinic officials publicized the gifts Wednesday, noting that Robert and Patricia Kern most recently agreed in August to donate $67 million to the clinic's Center for the Science of Health Care Delivery.

The $67 million donation is the second largest from a living donor to Mayo Clinic in Rochester. In 2011, the clinic said Iowa businessman Richard O. Jacobson was donating $100 million for the development of a cancer treatment center.

Kern is a mechanical engineer who in 1959 started Generac Power Systems, a company based in Waukesha, Wis., that is now a major manufacturer of generators.

The Mayo Clinic's center is part of a growing movement at academic medical centers to study how patients receive care, which includes everything from guidelines on how to best schedule appointments to research on the most cost-effective way to deliver treatments.

Mayo Clinic officials would not say whether the Kerns' gift puts the medical center on track for a particularly strong year in terms of 2013 fundraising. Last week, the clinic announced a $10 million donation from W. Hall Wendel, Jr., the retired CEO of Polaris Industries, to support the clinic's program in health care for corporate executives.