Celebrity Rehab with Dr. Drew, Pinsky has treated many celebrities, from Brigitte Nielsen to Daniel Baldwin.

It is being reported that the California Department of Public Health is investigating a hospital located in Pasadena, where Dr. Drew Pinsky runs a show airing on VH1 called “Celebrity Rehab.” 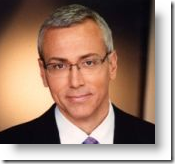 Not what I particularly want to see on television when it comes to reality shows, but it is there.  More on the story of the Pasadena Hospital can be read here from the LA Times.

3 deaths have occurred at the facility, as well as 1 rape, all of which Pinsky has denied any involvement in.  Oddly enough, his picture, the only one to be found on the hospitals’ web site has been taken down.

The hospital have not come out and confirmed that the deaths and the rape actually took place as they are citing confidentiality laws.

“These were not my patients,” Pinsky said. “To associate me with these situations is really becoming an egregious problem.”