In California we are well aware of this with the recent news with Prime Health Care being challenged on this practice as they have no contracts with the insurers and charge their published rates for out of network care, and the patient is stuck in the middle, but from the other side of the coin, some of the hospitals owned by Prime would not be around today either as Prime kept them from going out of business with the purchase, so we have a nice catch 22 here. 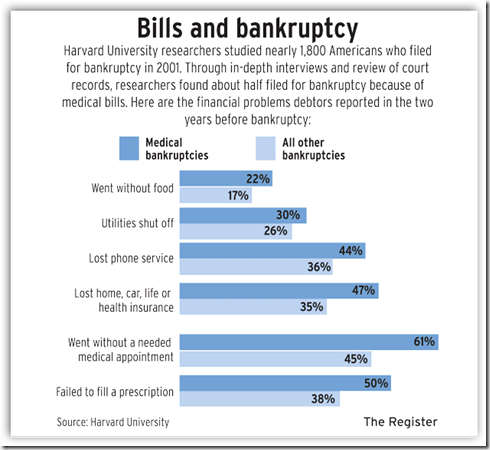 Patients are in the middle, no doubt, and it stems back to the contracts with the insurance companies on who's going to pay the bill and how much, same old story here and nothing new on this battle ground.  It even gets better with hospitals suing hospitals too, Kaiser recently has been involved in such with other hospitals claiming they are not paying the contracted rates, and so the circle keeps going around.  How does this work out for the smaller hospitals challenging the large not for profit institutions?  Obviously they do not have the cash resources available as do the large institutions, so do some even have the resources to challenge this when they are not being paid a contracted rate?

Now the labs are also in question with the same, Quest Labs being in the news recently over the same potential issues.

Where does this all come back to - the insurance business - with all the complicated policies and ways to find loopholes on what to compensate for and what not, who can stay on top of all of this.  You almost need an attorney these days to interpret your policy.  How many pay these balances and don't even question the amount and how many of these bills continue to destroy credit and create additional bankruptcies here in the US?  Many insurance companies though are looking for new horizons in China so in a few years, where does this leave the insurance business here when it is determined the profits are all but gone, something to think about.  Your medication records now are also be scrutinized as reported here.   BD

As health-care costs continue to soar, millions of confused consumers are paying medical bills they don't actually owe. Typically this occurs when an insurance plan covers less than what a doctor, hospital, or lab service wants to be paid. The health-care provider demands the balance from the patient. Uncertain and fearing the calls of a debt collector, the patient pays up.

Most consumers don't realize it, but this common practice, known as balance billing, often is illegal. When doctors or hospitals think an insurer has reimbursed too little, state and federal laws generally bar the medical providers from pressuring patients to pay the difference. Instead, doctors and hospitals should be wrangling directly with insurers. Economists and patient advocates estimate that consumers pay $1 billion or more a year for which they're not responsible.