The Future of Personal Genomics

This is an article written by Misha Angrist is an assistant professor at the Duke University Institute for Genome Sciences and discusses what do we do with our genome once we get it?  Actually the article talks about where we are today with the technology.  The only thing I think that we all fear is that which others may do with the information from our genomes.  Right now there's not enough out there whereby any real detrimental acts can take place as they are not even defined yet.

You can find additional information on George Cook and the Pollenator here on the site as it is entered in to the X-Prize for genomic sequencing.  ZX Genetics is also another entrant.    You can see by back reading a couple articles here where the whole project is headed, so it will be interesting to follow and see how and what regulations fall in to place along the way as we all probably have some fear of the unknown.

The video here explains what the human genome is in a somewhat simple and entertaining fashion, so if this articles doesn't make sense, take a look at the video first.  If you saw the earlier post on Surface technology with visual genomics and didn't quite get it, this video will help make more sense from that post as well.   Research is already making some rapid advances in the biotech and pharmacogenomics field today.  BD 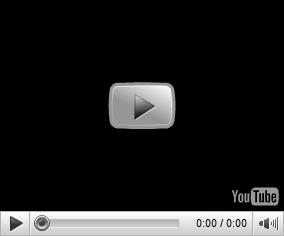 In April, a startup company called Navigenics threw a swanky 10-day celebration in lower Manhattan to launch its highly publicized personal-genomics service, which offers genetic risk assessments for 21 complex health conditions--such as heart attack and diabetes--that are partly mediated by multiple genes. (I received complimentary genotyping from Navigenics; it normally costs $2,500.) Unbeknownst to attendees, the New York State Department of Health had sent a warning letter a few days earlier to the company and 22 others that offer similar products, telling them that they needed a permit before they could sell their services. New York-based party goers would be unable to partake in Navigenics' testing.

George Church says that regulators' fixation on the relation between personal-genomics companies and medicine is misguided. "If you're interested in medicine, you should talk to your doctor," he says. "But if you're interested in seeing a revolution close up and participating in research, then you should [be free to] mess around. The other thing I don't understand is this: what kind of person is 'scared to death' by a test he went out of his way to get?"

It's time for physicians, scientists, and regulators to write themselves a prescription for reality. After years of excited promises about the various medical miracles that would be wrought by the completion of the Human Genome Project, now we are told by some that delivery of our personal genomic information ought not to be among them, at least not yet. But it's too late for that.