Even the economy has its effect here too, if patients are discharged and there’s perhaps more money on the table, well things could get delayed.  Hospitals though look at this closely too as they are the ones on the hook for their charges too.  I don’t think any doctor would do this on purpose, but in desperate times we see desperate actions taking place. 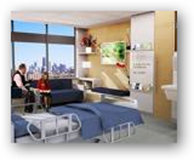 The comments from the one internist below kind of say it all, “not enough patients in the hospital” would cause some of this to take place as the doctors are paid by Medicare which historically are some of the lower compensation rates paid today compared to commercial insurance.  It comes back around to money once more and again I don’t see how in the world this battle will get any better until healthcare reform takes place and fee for service is reformed.  In actuality the report from NEJM states that readmissions are up with Medicare patients, but some of that is going to happen anyway, just due to the patient’s conditions and treatments.

Doctors could get sued too if they release a patient too soon and possibly miss something else in the diagnosis and if I were an MD, that would be very prevalent on my mind to ensure the patient is getting the proper care on whether or not it was meeting the proposed deadline to release the patient.  It is somewhat ironic in the fact that many hospitals are going out of their way to provide amenities to make the patient stay easier to take, but in reality they want you out the door as soon as possible, not because they being mean, they are running low on cash for the most part and have constrained budgets to work with as 55% of the US hospitals are in the red.  BD

Readmission is costly. In 2004, the cost to Medicare for unplanned readmissions was $17.4 billion — 17 percent of its total hospital budget. And hasty readmission is an indicator of an inefficient, if not dysfunctional, health care system. Many factors contribute to the problem, like poor communication, inadequate discharge instructions, spotty information transfer and delayed outpatient follow-up.

To curb the costs, Congress and the Obama administration are considering bonus payments to hospitals with low readmission rates and penalties on those with high rates. But these incentives are misdirected. Hospitals do not hospitalize patients; doctors do.

And doctors currently stand to gain little from lowering readmissions. In fact, they will lose revenue. As is often the case in our health care system, doctors’ incentives do not serve broader social goals. This virtually guarantees that proposed reforms like cutting readmissions, reducing unnecessary tests and adopting computerized medical records will fail.

But doctors, paid separately by Medicare, have little motivation to discharge patients quickly. As long as their patients are in the hospital, they can bill and be paid for each visit they make.

I discussed this issue with an internist in private practice, who requested anonymity because of the sensitive nature of the subject. His patients, it seemed to me, were often staying longer in my hospital than necessary. “I understand why hospitals want to cut down length-of-stay,” he told me matter-of-factly. “But if I discharge a patient early, I don’t get paid. It’s O.K. if you have enough patients in the hospital, but if you don’t, you sometimes have to drag out the stay. I don’t like to do it, but sometimes you have to.”

Essay - Incentives to Doctors Would Curb Readmissions to Hospitals - NYTimes.com