This is worth mentioning as this is not by far the only case where illegal IT operations are happening.  With writing code and algorithms, programmers can adjust to

reflect some “desired” numbers.  This is the base to where it all begins and takes place and illusions are created.  We need to have our government IT structure and talent up to this level in order to find and catch the wrong doers.  This did not happen for years as we were living in a world of “bliss” to where politicians lived in a world of “tech denial” and the coders just kept on working as they had a huge envelope here for fraud as they knew they had the machine guns and everyone kept running around with swords.

All coding and networking is not created equal and like any other area of life, this needs to be audited, but again we didn’t have enough individuals who embraced that this was happening and kept living in a world of bliss and using outdated methods of tracking crime, which as well all know didn’t work.  Here’s an example below where an insurance company was running “HIV” algorithms to find affected patients.  When such code is run the screen presents data and then it’s up to the minds of those who queried the information as to what choice of action they will take.  These folks were caught, but I am guessing there’s much more going on.

We are really behind here with members of Congress coming to this conclusion and live in denial and still try to use old methodologies for laws and rules.  A good example is this link below, it has taken them all this time to come up with a law to monitor peer to peer use by government employees?  Shoot every business has long been all over this for years.

So when our government leaders talk about monitoring health insurance companies, they need to have the infrastructure and technology to do so and not just make a law that is not enforceable.  This is not to say that our leaders need to learn code, but they need to understand how this drives the economy and the laws we live by today. 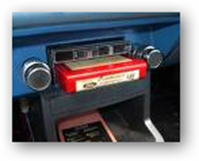 If we don’t wise and read up at leadership levels, we are basically screwed and with transparency being what it is today, more “stupid” and “ignorant” schemes for political and monetary gain will keep appearing in the news.  We have a full on leadership of “non participants” and that will sink all of us faster than what we can shake a stick at.  Look at the Madoff example and see how long “bliss” and “ignorance” prevailed here, and we all know that story now.  In healthcare, we give anti fraud contracts to the same entities that used code to generate profits that were upheld in court as being “illegal”.  Again, this tells me there’s nobody home when it comes to auditing and ensuring our safety as citizens.  I urge everyone to take a few minutes every day to read up and learn something and read the news.

Technology works behind the scenes and if you are not aware of what is happening, bliss and ignorance takes all your money in time.  In reading this post I see where it is noted that the SEC reviewed the books 5 times, and nothing came of it, programmers doing their hired job and wrote some pretty good deceptive code to keep the wolves away.  Hopefully now justice will be done.  Everything is not as it seems today with the layers of technology and intelligence we have available and with leaders who live in the world of bliss it scares me that this is eventually going to do us in and we will no longer be the world leader as other countries are moving quickly above our current status today.  BD

A statement released yesterday by the U.S. Attorney's office for the Southern District of New York said the two men started working for Bernard L. Madoff Investment Securities, LLC (BLMIS) in the early 1990s. Both O'Hara and Perez were responsible for maintaining computer programs that supported Madoff's investment advisory business.

Between 2003 and 2008, Madoff's company's books were reviewed five times by the U.S. Securities and Exchange Commission and a European accounting firm that was conducting a review of the company on behalf of a European client.

DiPascali, who pleaded guilty to helping Madoff in the scheme, is awaiting sentencing. He faces up to 125 years in prison.