Home » Insurance » Medically Related » 12 States To File Lawsuits to Challenge Healthcare Reform – Could We End Up With Private Plan or Single Pay System By Default Eventually?

12 States To File Lawsuits to Challenge Healthcare Reform – Could We End Up With Private Plan or Single Pay System By Default Eventually?

It certainly could come to fruition if we keep seeing the agreeing to disagree that have been on public display for the last year.  There are a lot of good things in the healthcare reform bill and what is odd is that the states under GOP leadership are protesting the mandatory insurance that came from the Senate originally.

My big concern with mandatory health insurance are the institutions that provide insurance being sold and traded on the stock market.  After the buy out of the big banks with the fall of Wall Street, there’s a big feeling of emptiness in having to pay premiums to companies that live and die by the numbers.  A more appropriate 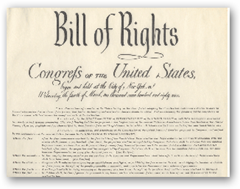 group of companies would be better suited being non profit.  When we look at the healthcare organizations that are being seen as being progressive today, almost all of them are non profit like Mayo and Kaiser Permanente.  Again, my own concern with having to pay premiums is the fact that part of the money goes to promoting dividends for investors and we still have no real auditing infrastructures set in place to audit.

Is Distraction Getting in the Way of HealthCare Reform?

Where’s the assurance that the insured will be treated fairly?  When we look back at the record profits made this year, it’s very difficult to find an area of trust and the feeling that greed will cease, even when it comes to human lives.

With the series of events that have occurred the last couple years, the Wall Street Health Insurance business models just don’t fit today and that is where a big resolution could be made, and not forcing citizens by paying premiums to continue to support the investors that are making the the big dollars that are derived from greed.  Technology has affected the way business is done not only in the US but also the world over and has made for some very rich individuals who live on Wall Street.

By the time the battles get somewhere near a close, if that is possible, will we end up taking what remnants are left and putting together a better plan, Single Pay, Private System, Medicare for All?  Will it take close to a collapse to bring improvement and restore unity I wonder?  BD

State lawmakers, attorneys general and top prosecutors from at least 12 states have announced plans to file a legal challenge against the Senate health care bill after it is signed by President Obama. The controversial bill passed the U.S. House by a 219-212 vote after the President agreed to issue an "abortion language" executive order to appease pro-life Democrats.

Florida Attorney General Bill McCollum and attorneys general from Alabama, Washington, Pennsylvania, South Carolina, Utah, Texas, South Dakota, North Dakota, Michigan, and Nebraska also plan to file a lawsuit to "protect the rights" of the American people from the Senate health care reform bill.
"The health care reform legislation passed by the U.S. House of Representatives this last night clearly violates the U.S. Constitution and infringes on each state's sovereignty," McCollum said. Along with Cuccinelli and McCollum, critics who question the constitutionality of the Senate health care bill usually point to the personal mandate, which forces Americans to buy health insurance - whether they want it or not.