Home » Insurance » Medically Related » GOP Trying to Scare the Democrats? I Think They are Scaring Everyone As Non Participants

GOP Trying to Scare the Democrats? I Think They are Scaring Everyone As Non Participants

Does the average person care about how many seats one party or the other has, I don’t really think so as that does not impact their day to day life very much but does the average American think about healthcare reform, you bet.  If you think it makes a difference on whether or not you “like” a Congress person, it doesn’t.  What is really coming forward through all of this is the transparency of seeing what type of individuals we elect through the healthcare reform bill. It’s becoming 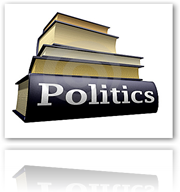 obvious to see with news reports and the internet on who is willing to work and collaborate and those who choose not too, and there’ some of those from each party, but the GOP seems to be taking the spotlight.

We have reached an age whereby technology influences the way we make laws and budget financing and projections and those who do not understand this process and are non-participants themselves are certainly coming out in the news day with others gawking and understanding the fallacies of what is being said.  If you do any type of reading on what is happening, you can’t help but notice all of this.  We have 34 members that have now announced retirement, it’s getting a little too difficult to take stands and promote ideas and philosophies in areas where one does not understand nor participate and we end up with rather “stupid” stuff in the news.   There are a lot of folks at the World Economic Forum who seem to get it, but they are not the ones who make the laws.

Davos: World Economic Forum – Banking Reform And Other Important Issues Were On The Agenda This Year

Earlier today I posted about 2 big hospitals in Florida ready to close up due to lack of money.  Do you think any of those folks are concerned about political parties?  I think they just want healthcare and the soap operate that prevails means nothing in Washington DC.

These strategic games are becoming more useless as each day goes on and it’s sad that we are seeing so many individuals on the forefront who don’t know how or refuse to work by collaborating as we all suffer in the US due to this side show and the crummy stuff that makes the news.  It’s fine for entertainment purposes, just as Limbaugh is, but the frightening fact is that it is not entertainment and I think some members might have this confused with the purpose of creating laws.  It certainly looks that way to me.  We don’t want entertainment from Washington, we want individuals that can work together and collaborate, both sides.  BD

With a final vote drawing near on President Barack Obama's health-care overhaul, Republicans' latest strategy can be neatly summarized: try to scare the daylights out of House Democrats.

If the overhaul passes, Mr. Alexander said he believes there will be a movement to repeal the health-care law. The GOP has also highlighted deals Democrats offered senators to secure votes.

For months Republicans have been telling the public that the Democrats' plan is a government takeover of health care. Now they are ramping up their warnings to Democratic lawmakers themselves, saying a "yes" vote puts their political careers at risk.

Democrats ridicule the notion that Republican leaders are concerned they could lose seats, and also contend that voters have been pelted with misinformation about the bill. If it passes and the public sees its benefits, support for the plan and those who enacted it will rise, they say.

"I'm ready for that battle," said Rep. Sander Levin (D., Mich.), whose district includes many conservative Democrats. "I have confidence the people will decide that responsible reform was better than deadlock and better than the status quo."

The Republican warnings focus in part on Democrats' two-step legislative strategy. Under this plan, House members would first approve a Senate bill many of them dislike. Then both chambers would vote to "fix" the first bill, in part by expanding insurance subsidies for lower earners. To pass this second bill, the Senate would rely on a procedure called "reconciliation," which requires a simple majority of 51 votes instead to the 60 needed to overcome a promised filibuster.

Republicans say there is no guarantee the Senate will approve the "fixes" bill, because reconciliation gives them other ways to block it.