This decision was made by the Illinois Supreme Court that yes the hospital system can pay taxes if they are not giving enough charity care.  Where does running a 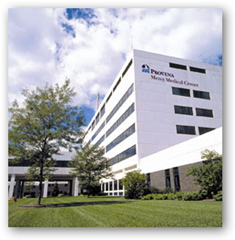 We need charity care, but then those complain that they don’t make any money with charity care?  Charity care is supposed to be just that – charity with no profits, thus institutions get a “non profit” status.  I can’t begin to count the number of articles I have read with healthcare organizations citing that charity care is their demise in the money game; however, that game is getting bigger all the time with insurers walking from both hospitals and patients.  It’s no wonder that 2 states, Idaho and Virginia have passed laws not to force citizens to have to pay for insurance, more like Forest Gump insurance and his box of chocolates in the fact that “you just don’t know what you are going to get”.

Back on track here, 8.8 million is owed in taxes the courts say.  The question I wonder about is whether or not the healthcare company is operating in the red as I did see some layoffs posted, and if that is the case, what are we doing?  BD

An Illinois Catholic medical center isn't a charitable enterprise and must pay property taxes, the state's highest court ruled Thursday in a case that has been closely watched by hospitals nationwide.

The Illinois Supreme Court ruled 3-2 that the state was correct when it decided in 2002 that the charity care provided by Provena Covenant Medical Center in Urbana was too paltry to permit the nonprofit to qualify for a tax exemption. The court also ruled that the hospital, run by three Catholic religious orders, didn't qualify for a religious exemption.

"Provena Hospitals,'' the justices wrote, "failed to show by clear and convincing evidence that it … dispensed charity to all who needed it and applied for [it]."