This is kind of funny when you read the content of what he received on his first day of office, a government notebook computer running Explorer 6 that would hardly 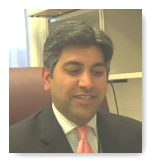 even function and the computer has the wireless turned off.

We probably all remember the stories about the White House having several computers running Windows 98 too.  When we see mobility bursting at the seems with new and wonderful applications, I guess this is a somber reminder of where the last administration left off as tech denial appeared to be alive and well.  Aneesh Chopra has a desk top full of papers which I’m sure he would love to transition to the digital age.   BD

Jon Stewart calls him the Indian George Clooney. He counts Democratic National Committee Chairman and former Virginia Gov. Tim Kaine as one of his job references. And President Barack Obama has tasked him with finding ways for technology to advance his priorities.

Yet Aneesh Chopra, the nation’s first chief technology officer, or tech czar, has been so low profile in Washington’s usual power corridors that it’s almost as though he’s the first virtual czar.

Situated on the fifth floor in an office building around the corner from the White House, his space has nothing in it but a desk with a phone and a computer, a couple of chairs and a trash can.

The walls are bare, and there are no pictures of his wife, two small children or the president in a classic grip-and-grin that is a decorative mainstay for government appointees.

Still, amid all that austerity, there stand piles of paper — documents with handwritten notes in the margins, binders, business cards, a credit-card statement and receipts — covering nearly every inch of his desk.

“Each pile has a particular category of responsibility and priority,” he explained. He holds up one that deals with a Defense Department initiative. Another is topped with the NASA Office of Education Weekly Activity Report Tool.

That’s not to say the tech czar doesn’t use technology, but he needed to do some upgrading when he first arrived.

On his first day on the job, Chopra said that when he walked into his office, he found a desktop computer with Internet Explorer 6, a version notorious for security problems, which was so subpar he couldn’t even search documents on it.

His computer has since been upgraded, but, in another odd technological challenge, his government-issued laptop still doesn’t have wireless Internet service. It was turned off for security purposes, he explains, “but it is an ironic statement that you’d have a device that’s designed for the wireless age whose wireless features have been turned off.”