I was reading through my news and Maggie Mahar has updated her blog and states the rumor of the nomination is now true.

Also in her update, here’s a clip from her 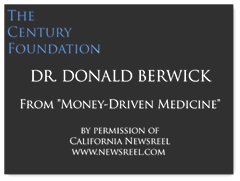 “In part 2 of this profile, I’ll talk about what Berwick has to say about fragmentation–and variations in care in different parts of the country. Why can’t the Kaiser Permanente model work everywhere. What does he mean when he says that we haven’t even tried “transparency”? What will Medicare ask of U.S. hospitals? Just how much waste does the think there is in the system? How quickly can Medicare move to eliminate that waste?”

Kaiser Permanente is innovative alright and here’s a link to an interview I did with Chris McCarthy a few months ago that’s worth reading.  Kaiser has an innovation department and Chris also heads up the ICN group for healthcare as well.  I said he has a great job to be able to reach out and predict and project issues sometimes even before they arrive.

Innovation and Learning at Kaiser Permanente – Interview With Chris McCarthy

At the link below you can also read up on the ILN, which was kind enough to feature my post above on their website as well.

Dr. Berwick appears to be very high on the work flow put in place at Kaiser Permanente, thus the basis of his question.  Hopefully all will go well with confirmation of Dr. Berwick at the Senate as well.  Below is the original post from Saturday.

Patients make more frugal choices he states than the healthcare system when given the information, and they participate, satisfactions and outcomes improve.  He says what more could you want.   The patient are becoming victims of competition.  Most patients according to Dr. Berwick don’t realize how high some risks are with healthcare and it’s a trade off in some areas.

I watched the movie and Money Driven Medicine had quite a bit of press around this blog.   There were several opportunities to see the move in it’s entirety and you can also purchase the movie for educational use as well.

The movie also drove Dr. David Winn to comment and add some content to the blog here on his feelings, he’s the CEO and founder of E-MDs medical records and I posted his letter to President Obama which can be read at the link below.

I am including this information as the movie gave straight facts and has a huge impact on telling the story as to what is happening with healthcare in the US today and the information in the videos here give you some ideas of where Dr. Berwick is coming from.  His appointment would be someone in the “know” who has worked first hand in healthcare and has the wisdom to share with others, using fact and not politics.  If the rumors are true here, it looks like we could have someone who believes in change and straight issues in office and perhaps a few less politics.  Here is the first video as seen on Maggie Mahar’s site, www.healthbeatblog.org.  You can visit the website and hear and learn more about what Dr. Berwick is all about.

Also at the end of the post is the trailer for Money Drive Medicine, if you have not seen what it is all about.

Again there are more videos at Maggie Mahar’s site so you can perhaps learn a bit more about Dr. Berwick.  From what I have read and seen, he seems to be a great choice to head up CMS – Center for Medicare.

He’s right, it’s going to take a lot of courage and change and leadership that we have not had or seen yet, people needlessly afraid of change, which I talk about here all the time and call it “tech denial” for the most part here.  BD

Thursday, Inside Health Policy’s Brett Coughlin and Amy Lotven were the first to report the rumor : “According to several Washington sources . . . the White House has picked Harvard professor and pediatrician Donald Berwick to serve as CMS Administrator. A K Street source said that Berwick agreed to take the job ‘some time ago’ but only on the condition that health reform pass first. Although administration officials did not confirm the chatter, sources said that the announcement could come as soon as next week.” (via Politico Pulse)

This makes sense. Not long ago, I wrote about the need for strong leadership at CMS: “For some time,  I have argued that I believe that White House health care policy-makers want to select someone strong enough to pursue a relatively radical agenda.  My guess is that the White House did not want to face a battle over Senate confirmation of such a candidate while fighting the larger war over healthcare reform. 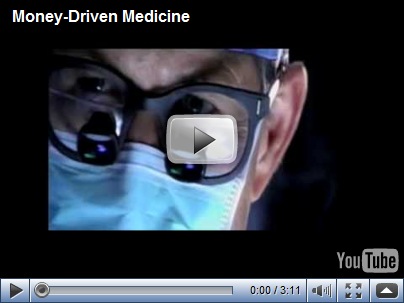