This is an interesting series of events here, and if the failure rate is high, why are the hips being “phased” out, in other words are they still being sold until the end

of this year as the article states?

What is also interesting is the acquisition of another company who has had success with their hips and knees.  This occurred in December 2009, very recently, so it appears there’s a pretty quick replacement to not use the metal to metal hips.

One doctor in the Los Angeles area was paid over 3 million by Johnson and Johnson for the work he did with the ASR hip and stated that the “cups” were more of a challenge to implant than the competition.  A few other doctors chimed in with stating the design was bad as well.  Again, I’m just curious that if a warning went out and you know the product has big issues, why a phase out?  BD

A unit of Johnson & Johnson, just months after saying it was phasing out an artificial hip implant because of slowing sales, has warned doctors that the device appears to have a high early failure rate in some patients.

The action by the company, DePuy Orthopaedics, follows more than two years of reports that the hip implant, which is known as the ASR, was failing in patients only a few years after implant, requiring costly and painful replacement operations.  The ASR, one of several hip models sold by DePuy, belongs to a category of devices known as metal-on-metal implants. 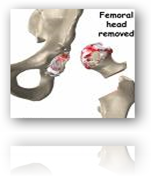 DePuy, of Warsaw, Ind., also announced late last year that it planned to phase out sales of the product worldwide by the end of 2010.

Just last month, in an interview, DePuy officials defended the ASR’s track record, saying its performance equaled that of competing devices. Those officials also said that the company was phasing out sales of the ASR for commercial reasons, not because of any safety issues.

Some surgeons, including the ASR’s co-developer, Dr. Thomas P. Schmalzried, an orthopedic specialist in Los Angeles, said they had used the device successfully in their patients. But Dr. Schmalzried said in an interview last month that he and DePuy officials realized within the last two years that the ASR cup might be more of a challenge to implant properly than competing cups.