As I understand this would bring on a second reconciliation effort.  Without the public option we are really stuck as citizens as we have no say over what private 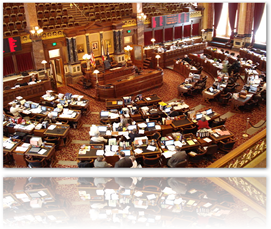 industry does, but we do with government programs.  It’s 3 years away before adults with pre-existing conditions can be added to the roles, that is if they can afford it.

In some areas of the country there’s no option for having health insurance with companies that are non-profit, thus some states are stuck with having to enforce that citizens pay a for profit company that is actively traded and sold on Wall Street.  That I feel is wrong as we have bailed out enough banks and businesses and it is not fair to impose any more profits, especially with healthcare on the citizens of the US.

The mandatory law of requiring citizens to have insurance will fail without a Public Option and we could see more arguments, bankruptcies and less than honest use of “algorithms” to “score” and cherry pick claims.  This is already happening and we do not know what the controls will be on premiums yet either.  The past record with insurers when they have been caught is to dump out some fine money and keep going with a promise not to do the same thing again, sometimes it works and sometimes it does not and some issues continue on behind closed doors or under the carpet when technology is used to hide and carve algorithmic data to substantiate that they appear to be following the rules.

In the last few years in the country, I have seen much less respect for laws and rules and thus when business intelligence software can be used to fool the rest, it is.  All you need to do is think back to the fall of Wall Street, generated with “trading algorithms” that produced the desired numbers.  Without a public option we have no real leg to stand on and not much will change dramatically for the average citizen and the frustration and anger will not dissipate.

The US government needs to build in infrastructure anyway that would support a better Medicare system as well, so that part is in desperate need too.  That’s part of how this entire mess began years ago with using private industry only and not investing in the government infrastructure, even as a back up system.

I still say and believe as I have said for the last 2 years we need digital laws that are easier to work with and something along the line of a Department of Algorithms as algorithmic fraud is rampid throughout our business world today.  All formulas are not created equal and until such time they are filed and certified, we have no idea what we are going to get.

Ask Harry Markopoulos on auditing and technology and I would be he would whole heartedly agree on the filing of algorithms, that’s what he has spent his life working with.  We are living in “high frequency” healthcare with no relief in site right now.

Unfortunately we have a Congress that is a bit out of touch too with what is happening as just today the House passed a bill to prevent peer to peer software on government employees computers!  Get that!  Most have dealt with this long before now and it’s not that difficult a subject, but again I mention as it shows the lack

of being in tune to how technology is changing the world.

I read that today and couldn’t believe what I was reading as this pertains to data and document security all the way around.   Congress scares me when they are this far out of touch and I hope they get the Public Plan right.  BD

If Obama's advisers had any killer instinct, they would push him to zero in on an absolutely golden opportunity to include a public option in the historic HCR bill. There appears to me to be no downside to this move unless Obama and his peeps are worried about how the corporate world would react to doing something that could actually put right what is so very wrong with health care in our country.

The reason this jewel of an opportunity exists is that surprise surprise after the house passes the senate's HCR bill we have a real from the heart kumbaya moment where the love is flowing the tears are rolling and the polls are loving this HCR victory. Can anyone really see any of those 219 Democratic representatives being the one who once again drives HCR into the ditch. No way no how.