Do you want safety or a lane to get a product to market rapidly?  This is what the FDA is looking at.  Not too long ago it was in the news that the NIH and others were looking to improve upon the “fast track” time to get products approved faster.  You can’t have it both ways!

It’s all about the algorithms and software that runs the devices and if you hurry along the programming, well we all know what happens there, problems.  I say this having written code myself, you do not want to rush this area.  Tech denial though in Congress doesn’t seem to recognized this as they were “surprised”? 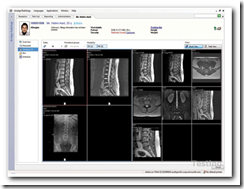 Also, who is the 3rd party and what is their financial interest here?  Those are just a couple questions that need to be considered as well. Granted the FDA didn’t have a lot of choice here as tech knowledge up until the new administration has been scarce, as even as of the end of 2008, there were still some top executives and investigators not using a computer and writing things up in long hand.

“One thing you should never do is rush the software developer and push a product out there until the team is satisfied that they have covered all bases, and there are some cases where this does happen in order to meet deadlines, nobody will fess up to it, but has been going on for years to get a product on the market as soon as possible.  We had the cases in New York which was horrible and went back to software settings.  The programmer assumes when writing the software that the alerts put in place will be seen, but again, we have a tech working with the patient and thus there is a level of distraction when they did not see the the full levels of radiation being allowed through.”

One more reason for using 3rd parties were some outdated mandates at the FDA, such as requiring a 90 notice before PCs attached to MRIs and CT scanners could have their “Windows Update”, so that in itself gives you an idea of the history on where the FDA has been the last few years.

Investors are chomping at the bit to see a product hit the market to make money; however, in the push for the dollar, we are now starting to see issues related to greed in another area of healthcare.  I have been saying this for a couple years though about the algorithms and software needing more time before launched to market.  BD

Third-party outsourcing of medical device approval is under review, the Wall Street Journal is reporting. Apparently, medical device makers—the Journal cited Philips Electronics NV, Siemens AG, and General Electric Co., for example—do not necessarily need to start the approval process with the U.S. Food and Drug Administration (FDA) and can have third-party companies handle such reviews. These reviews are then typically approved by FDA officials, the Journal noted.

This fast-tracking has been met with great criticism, and the agency is considering putting an end to the process, citing review quality and the original purpose for these types of reviews, said the Journal, which was to save taxpaying Americans money.

The Journal wrote that one-third, even more, of the devices involved in the program include X-ray and MRI machines and that the program enables these device makers to speed up the release process by about one month. Some 300 such devices received third-party approval in the year ending September 30, 2008; 185 reviews took place five years prior. Citing FDA information, it accepted over 80 percent of all third-party reviews for radiological devices over the past ten years with no additional action taken, said the Journal.

We recently wrote that, not surprisingly, industry, consultants to industry, and investors argued against major changes saying that such changes could hamper innovation and emerging technology, said Reuters. Meanwhile, the minutes of the December 2009 meeting also said, wrote the Journal, that “third parties often don’t have appropriate expertise,” citing “poor quality of review documents—they often just repeat what is in the submission, and don’t provide any analysis of the data.”