Healthcare is on everyone’s mind this week to see what we end up coming up with out of the “blender”.  That is just about what we have left to see what the outcome will be.  In New York, it is the same story that is happening everywhere else.  Pennsylvania was also in the news this week with big premium increases.  It appears we do not have a large enough data base of individuals to spread the cost over, as that’s what insurance is all about, or should be about. 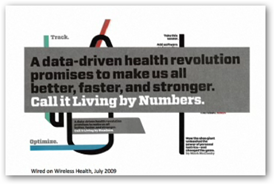 Also in the news this week we had Representatives now wanting to introduce legislation regarding the HITECH act.  What does Congress know about this as most don’t participate.  We don’t hear anything about how they manage their healthcare and for that matter Mr. Blumenthal is pretty tight lipped too.

This year is going to go down in history for as one of the most territorial battles to create laws from a bunch of non participants that live in tech denial.  In other words without participating and understanding how things work with technology today, we get a bunch of either educated or uneducated guesses and as citizens with non participants making laws, we get very little and the frustration and demonstrations will continue.

ONC sits there and tells us as well as Congress “what is good for us” but the heck do they know when it comes down to a personal level and how it will affect the average citizen.  They have no clue and keep creating blogs for suggestions.  Unfortunately most of these blogs don’t offer to share any insight, in other words some “give” from the other side, they are just there to take for the most part and perhaps someone might pull out the pig in the poke.

They all forget we have smart devices emerging here too with behavioral underwriting going on with insurers too.  Tech denial at it’s best and God forbid they start acknowledging the “algorithms” that provide all the decision making processes we use today.

If you don’t believe m on the devices that report data, check this out and your hair might stand up on end.  Would you love to send this information off to an insurer that is investing heavily in behavioral underwriting with biometric monitoring.  The link above contains a video that makes sense and Mr. Topol pretty much tears up the Fitbit and discusses how do these devices work with human life, in other words without disruption and what “meaningful value” do they offer, some are better than others, but gosh we can’t even handle just cell phones on their own right now.

Without proper implementation, we get something thrown at us from a company with limited VC funding that needs money on the books right away and forget the “human side” we need the money.  Recent reports are now starting to show what happens with this focus too, devices with BAD software, in other words perhaps released before it’s time, but the other folks at the NIH want to get the devices and drugs out faster, so what’s up with that?  I know what bad software is too as I used to write code, so take it from me, it does exist out there and all companies and their programmers are not created equal. 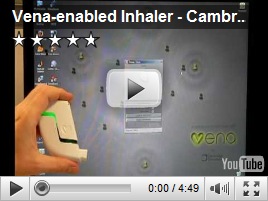 Back on course here, Virginia was the first state to pass a law to make it illegal to require health insurance.  It’s not that insurance is a bad idea, but it’s what you get or don’t get from companies sold and exchanged on Wall Street.  We don’t get good care this way with investor dividends having the first priority.  We get what is left over after investors are paid.  Now if they were all non profits, we might have a different story.

We don’t want to have to fight for healthcare and argue with the folks that have been ripping both doctors and patients for years.  When the economy was better, the problem was not as noticeable, but it sticks out like a sore thumb today, it’s the money making algorithm game and people don’t want to be forced to have to do business with companies that are less than reputable and tied to Wall Street, that’s the long and short of it.  The Idaho Governor signed a law into effect yesterday pretty much saying the same thing.

On the other side of the coin, Virginia also became the 12 state to mandate compensation for telehealth too, so I think they know a whole lot more than what we see in Washington these days. 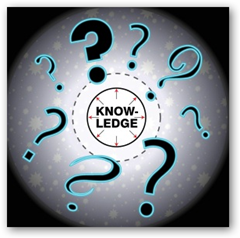 To carry this one step further, we had Mr. Grassley and others thinking the FDA is in a spot to regulate Health IT, shoot as late as 2008 some of the major investigators at the FDA didn’t have computers and were still writing their studies out in longhand, they are up to their ears in catching up their own infrastructure and don’t have the knowledge to run it, and rely on 3rd party evaluations for many device approvals.  Why can’t members of Congress read what I read and realize this up front before sticking foot in mouth?

Last but not least the most compelling reason I could find for not having the FDA regulate Health IT from April of 2009:

As I said above, who’s the “nutcase” that opens mouth and insert foot here as we need realistic solutions from those in government and to do that they need to read up and participate instead of just rolling a roulette wheel.  That’s about what we have as technology has forced up on lawmakers the need and ability to participate and read further in order to create laws that will work and be in harmony with how the country operates today.

I guess it is too much to ask to have some digital minded Congressmen around, right?  So we end up fight a battle with swords where the competition runs around with machine guns.  As I said this is going down as the year where the total non participants are feeling the power of ignorance and stifling the progression of the country with old time paradigms they can’t release.  BD

The city's struggling small businesses are getting hammered with an average 17 percent hike in health-insurance premiums this year, The Post has learned.

Increases in premiums filed by small-group HMO plans with the state Insurance Department in January show:

* Empire Health Choice plans increased by 15 percent in Manhattan and 7.6 percent in The Bronx.

"Double-digit premium increases -- coming at a time when so many New Yorkers are financially struggling -- demonstrated dramatically why insurance rates must be regulated," said state Insurance Superintendent James Wrynn.