I say this is breaking news as almost everyone else in business has a policy and has had for quite some time!  I did put it on Twitter but felt later it deserved it’s 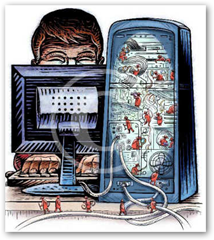 own post.  I have gone into physician offices and hospitals and removed the peer to peer software where it was installed when coming in to consult.  One office had some really personal stuff from the doctor shared throughout the office!  That was embarrassing as most do not understand how to configure the software and it by default would share the document files.

These folks are the same ones that are concerned about data security and just passed a huge Healthcare Reform package right?  This worries me.  What this says is that we have a bit of lack of education in software that almost every kid wants to use to get free music, videos and other items from connecting to another computer on the web, but yet we have leaders that have no clue what in the heck this is, been around for years and Napster was the beginning years ago. We have folks that don’t pay attention as to how technology is shaping our world.  Is there really a true understanding in Congress as to what HIPAA is all about?

Who lets this stuff get through the networks?  They must have some really good IT folks who firewall the network, either that or nobody is aware.  Look at this story that happened at a hospital with a worker infecting a computer.

At least somebody had the sense to use Tiversa, software that finds information on peer to peer networks that should not be on the web.  That’s the defense that has to be used for the dummies that share everything out there who can’t or don’t know how to configure the software.

Again, this just somewhat floors me that this is just now being looked at. The Senate wants alerts to notify individuals that peer to peer software is being used – not good enough.  Again when I read this it just makes me shudder at the thought of how little is know perhaps about security by those making the laws for this country.  There are business program now that use Peer to Peer, but network administrators set up security and firewalls for those ports to use used only, so here I am talking about recreational peer to peer sharing.

Again, you would have thought this would have been addressed way back when Napster was going strong.  Also one other note that I found interesting and posted about last year was the big ruckus over Representatives using Twitter?  Twitter is nothing with 140 text characters compared to this but it took an Act of Congress to allow and yet peer to peer lives on.  Go figure!!

Here’s a short excerpt from the Twitter/QIK incident, funny now when you think about Congress is just getting around to the real dangerous stuff with exposing confidential information.  Twitter by comparison is harmless.

“I just learned the Dems are trying to censor Congressmen’s ability to use Twitter Qik YouTube Utterz etc — outrageous and I will fight them,” Representative John Culberson, Republican of Texas, wrote last Tuesday on his personal page on the online text-messaging site Twitter, where he posts a daily, rapid-fire log of his thoughts. Messages on Twitter are called tweets.  What started as a micro-protest on Mr. Culberson’s Twitter page became a macro-conflict on Capitol Hill with the two sides feuding on blogs, Blackberries and the old-fashioned way — face-to-face meetings in the halls of Congress. Even there technology has become a weapon in the debate.

This comes down to the same stuff that makes me nervous all over again, non participants that know what is good for everyone else but yet are ignorant without any first hand experience.  In December the House said they were going wireless and it would take about 3 years.  Is that the training or the installation?  I guess nobody has much time to do a web search on this hot topic either, it comes right up on how dangerous peer to peer sharing programs are. 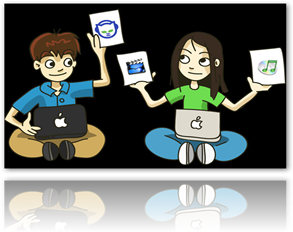 Again, when I see things like this on the agenda, I get really scared and lose both trust and confidence in who we have running the ship as this is such common knowledge today and the fact that it is just now making news!  I thought part of the job was to keep up to date with current affairs?

Maybe I’m off base here, and perhaps the peer to peer sharing was around to share that 3000 page plus healthcare bill (grin).  Ok enough of my sarcasm, but this does make me really wonder about what in the world they think about and how they see the world around them, anything like we do?  BD

or when accessing government networks remotely from home.

The Secure Federal File Sharing Act, introduced by Rep. Edolphus Towns, D-N.Y., in November, calls for the Office of Management and Budget to ban the use of applications like BitTorrent or Limewire on government PCs and networks.

It also requires the OMB to set policies for federal employees who telecommute or access government networks remotely.

The bill passed by a vote of 408 to 13, according to a statement by Rep. Towns' office. Towns also is chairman of the House Oversight and Government Affairs Committee.

"We can no longer ignore the threat to sensitive government information, businesses, and consumers that insecure peer-to-peer networks pose," Towns said in the statement. "Securing federal computer files is critical to our national security."

The Senate is not currently considering a bill similar to the Secure Federal File Sharing Act, either. However, it is considering another bill, the P2P Cyber Protection and Informed User Act, which would require people sharing software to alert users when they encounter a P2P program.