The second part of this title might have a lot to do with what is happening with hospitals playing hardball at times and walking away from insurance carriers.  When you stop and look at how the business has operated over the years it’s somewhat hard to say the insurers have really been what one would call a “partner”. 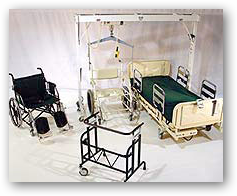 Patients, doctors and hospitals have had to live under the auspices of the “algorithms” run to determine who and what gets paid.  We need a Department of Algorithms so this can be accurately projected.  We have never had that option, but rather a world of not knowing or being able to project costs within a few dollars.  Granted there are those times when you can’t project with emergencies, etc. at all too.

Before the crash of Wall Street, did you really see insurers as a working partner?  They did contribute but there was always a hook whereby their ideas lead to greater profits and dividend payments.  It was always a matter of throwing some money at a problem and hoping it would perhaps correct itself.  Things have changed in the last couple years though with even tighter algorithms “scoring” claims and carriers working their way into “behavioral underwriting”.

It appears that paying dividends and giving good efficient healthcare can’t reside on the same street anymore and are really not good neighbors either.  This year when we had extreme downtimes with jobs and the economy, record profits were made by the insurers.  We never get to really see how they operate and function and over the years there was no real solid partnership of both side working together.  This is why everyone looks at them as the bad guys today, they ran the formulas and made money hand over fist for years.

It’s time for a minimal move to have insurers join the ranks of non profits as this is only going to get worse as we see insurers and hospitals parting ways when terms can’t come to match.  Perhaps they could all be competing big HMOs operating from a non profit status.  There’s a lot of money wasted on healthcare and the payment side is full of transactional fees that fill up the profit pots.  If we started investing in people as humans and not as dollar signs we could possibly stand to see some of the current conditions start to remedy some of the bad air.

We now have 2 states that feel their residents should not be forced to buy this type of “questionable” coverage and from what I have read, there’s more on the way.  To put it blankly, we don’t like the business models of the companies doing the reimbursing and they waited until times were tough to try to begin working as true partners and now it’s basically just too late.

In some hospitals, doctors are being told “they are not meeting their quotas”.  In short, this translates down to the bottom line of how much revenue needs to come in to cover the costs a hospital has.  This get distorted all over the place so when business folks analyze to figure out where more money can come from - admit more patients, and thus doctors are presented  with being told they are not meeting admission quotas.

I also look at the other side of research and development and read every day where millions and billions are tossed around by VCs and other investing companies and wonder how in the world are patients, doctors and hospitals going to be able to afford some of the new drugs and treatment plans that are coming out to save lives?  There’s definitely room on that side of the table for some give and take as well.

In short, we all have to be partners, participate and show more effort than what we see today, it takes more than just throwing money around to create real solutions.  If you look around, you see premiums going up, more falling out of being able to afford health insurance, Medicaid eligibility getting stiffer, and what have we accomplished – more non or under insured citizens and no where close to any real reform.  BD

Health insurers are fighting demands by hospitals for sharply higher reimbursement rates by threatening to drop the hospitals from their health-plan networks, and blaming them for higher insurance premiums.

"We've never seen the kind of increases we're seeing right now" from hospitals, says Aetna Inc. President Mark Bertolini. Five years ago, a typical rate increase was about 5%, but this year Aetna granted 50 "must have" rate increases of more than 20%, Mr. Bertolini says.

Hospitals argue that low Medicare rates and cuts to Medicaid mean that hospitals have to get money from elsewhere, and increasingly that is private insurers. Rising ranks of uninsured Americans have led to more uncompensated care and have swelled the rolls of Medicaid, exacerbating the problem.