The DOJ is looking in to see if in fact the agreements made directly with hospitals are out pricing or less than what competitive insurance companies offer so basically checking to see if this is a way to keep the others from gaining market share. According to the article the DOJ has found other insurers doing this same thing.  They are also looking at dominant hospitals doing the the opposite with their agreements too, in other words is the hospital at the steering wheel working to keep other hospitals at bay I am guessing. 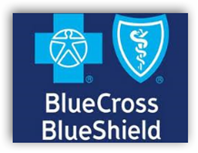 In the Boston area this year this was an interesting contract whereby those insured received cheaper premiums if they chose a plan that excluded 15 named hospitals in the area.  If the higher priced facilities were used, there was an option to make that selection and pay more though.

Right now nobody is commenting much further on the investigation but would it not be much easier if every procedure cost the same at any hospital?  Maybe this in a way getting to that point because at some point, if it keeps moving this way nobody is going to know where to go, especially when contracts change so quickly.  BD

Federal investigators, as well as some state attorneys general, have sent civil subpoenas to "Blue" health plans in Missouri, Ohio, Kansas, West Virginia, North Carolina, South Carolina and the District of Columbia, according to people familiar with the matter.

Such clauses can simply be guarantees to get the best pricing available, but they can violate antitrust laws if used improperly by a dominant company to hobble competitors.