Well the comment should have gotten some attention here but from Congress all the way down to both state and city councils, they still can’t seem to figure out who has the money and if they keep going after hospitals, we are not going to have many left. Now let’s look at what some of the big hospitals do, they have research and development departments that spin off companies, like the Cleveland Clinic who mad $28 million on their last spin off.  This lead me to ask is this the next business model for hospitals to stay in business and not have to cut care and employees?   Greenwich is a hospital who has over the years continued to reinvest in itself and will they also be expected to be able to turn out medical technology companies to stay alive?

Two other hospitals in Connecticut are exploring a merger with Yale-New Haven talking with St. Raphael’s too, so does a tax on hospitals make sense?  The CEO stated maybe a higher cigarette tax instead, but this is all over the US, so perhaps it’s time for a nationwide sales tax increase and at least that is something that is small in the collection side but big in volume that could help out a lot!  City and State lawmakers need some help with business intelligence too on projecting some of this and it’s really not all their fault as some of the worst projections we see come right out of Congress with this lack of intelligence.

Hospitals are places that take care and help us and it gets very tiring to the the millionaires club in silicon valley putting out millions for some new social algorithms on their investments, which are way over rated.  I think at times we have completely lost our balance of what really matters and what is important.  The banks as an example continue the “algorithm” intangible values too and when it all boils down if we don’t have some technology investments attached to tangibles, then all we will be left with is a bunch of crappy social algorithms that don’t save lives but entertain everyone.  Let’s tax those for an example.  They’ll find a way to pay or simply go away.  We won’t die without them.  If the banks and investors continue in the fictional mode of proposed value, tax it.

Again, the algorithm business feed itself too as someone comes along and aggregates more data and it will continue until someone comes to their senses here.  Again I like social networks but for goodness sakes, let’s get some balance going here because as a country we are beginning to look “stupid”. 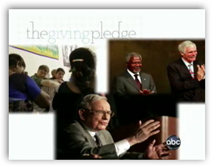 You take the good millionaires and they are giving money back, so there’s the difference between some wisdom and just out right greed that we see.

I guess lawmakers with a lack of digital literacy though can’t seem to see through this and maybe secondly see what money they generate, so again they go back to the 70s to relate to something that is a tangible to look for money.  That’s the problem we face today, digital illiterates while the smart ones, i.e. Bill Gates, Buffet, Ellison and more give back, they see it and give back.

In the meantime, the hospitals are up to their ears in Health IT work and demands.  This is not simple stuff and they have to be wise to choose and select the right software so they don’t end up spending more than what is needed and somehow meet all the meaningful use requirements.  Also, keep in mind at the current pace, we are set to burn out a lot of CIOs too, as technology throws them a new left curve every day and their jobs are pretty thankless today as everyone doesn’t understand the complexity.

Due to what I described in summary above, we are getting to be in position to have a Health IT bubble burst too, when the money runs out as everyone is stuck on the the word “Innovation” and “Collaboration” gets very little attention and that’s where we need to be.  Again the intelligent folks who wrote code get it, but when social algorithms means greed and millions for social networking, the values placed are way above where they should be and we have a society which is out of control and balance here.  BD

Greenwich Hospital President and CEO Frank A. Corvino believes that Gov. Dannel P. Malloy's proposed plan to tax hospital income would inflict a deep wound on the state's health-care system. The plan is part of the governor's strategy to reduce the state's $3.2 billion budget deficit and would need approval by the General Assembly.

Corvino said the state and federal health-care overhauls "could not come at a worse time — when hospitals are in need." For Greenwich 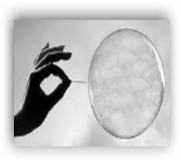 Hospital, he estimates a loss of $11 million to $13 million annually under Malloy's plan. "And $13 million on a $300 million budget is significant. It means, quite simply, that we won't be able to sustain our level of service," he said.

Though Greenwich Hospital is an affiliate of the Yale New Haven Health System, it operates with financial autonomy. Therefore, says Corvino, the hospital won't stand to gain from Yale New Haven's projected increase of net annual revenue of $30 million to $40 million.

But Corvino stresses a wider effect reducing hospital revenue might have. "It would impact everything from our services, many of which we provide for free, to patient care, technology and employment," he said. The hospital is the town's biggest private employer, according to the Greenwich Chamber of Commerce.