The Governor has stepped in here with urging the lawmakers to reconsider their refusal as hospitals will lose out and jobs will go.  Doctors also will lose their incentives to receive funding from the federal government, and there goes the big attraction and incentive.  I can only say we might have some folks out of focus here as to turn down federal funds its somewhat reckless in my opinion.  We are talking about 47 hospitals in the state and a big number of doctors. 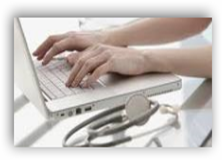 Montana is the only state to deny access so far and they voted on it 4 times.  The governor states that without the additional funding it looks like just under 2000 jobs could be lost, we need money to pay them.  If they continue to reject the money, it will go to other states.  I don’t think we have a very good understanding here of Health IT from what I am reading and it will only stand to delay and make Health IT much more difficult.  Perhaps this is a bunch still living in the 70s with their 8 track tapes and those seem to surface all over the US these days, but technology and transparency is beginning to expose the luddites, thank goodness as that’s what needs to be done.  I can almost bet that none of the lawmakers has an electronic chart and has not a clue on what a PHR might be.  Hopefully the governor might have some powers of persuasion here to change some minds.  You can lead a horse to water but I guess some are not thirsty enough yet.  BD

Montana hospitals and doctors are eligible to receive an estimated $35 million in federal funding for meeting meaningful use of electronic health records under the HITECH Act. The state has 47 critical access hospitals in smaller communities across the state, and almost all will likely qualify for the funding, according to the governor.