Ok now these folks are supposed to be the brains and money of hospitals here and this one obviously is struggling with that issue, since he has been charged with defrauding a hospital.  What’s wrong with a phone call to a probation officer? 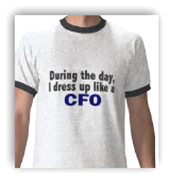 The problem was with using the email address was the fact that monitors had not been put in place yet so that’s the violation at hand here.  This was his second offense after the first time contacting the hospital CEO wanting to keep his job after being arrested.  He got into trouble for making out checks to a software company that he owns himself and I would say that’s a big issue right there as to when it came back to prove what services he provided, there appeared to be none from what I have read here.  Oh well in case of a crunch you can always hire a part time CFO these days too. <grin>.  This may or may not be the place for one of these.  BD

DANBURY -- William Roe, the former chief financial officer of Danbury Hospital who was arrested in 2010 and charged with defrauding the hospital, had his bond revoked Tuesday.

U.S. District Court Judge Vanessa L. Bryant ordered Roe's $150,000 bond to be revoked after federal authorities learned Roe had violated a condition of his bond by sending his probation officer an email using his wife's account and under his wife's name.

Thomas Carson, spokesman for the U.S. Attorney's Office, said in a statement Tuesday that Carson said Roe was remanded to the custody of the U.S. Marshals Service and taken to jail.

After authorities told Roe not to contact any hospital officials about his arrest, Roe was charged with frantically calling and emailing Dr. John Murphy, the hospital's president and chief executive officer, trying to find a way to keep his $267,990-a-year job.   Roe was arrested for authorizing two Danbury Hospital checks -- in June 2009 and January 2010 -- to Cycle Software Solutions, a software company he owned. Each check was for $45,000.