Back in February of 2009 I had some time to chat with Matt Davio from Proxense about their products and systems under development.  Since that time, they made

their debut this year at HIMSS.  You can review the rather lengthy post from 2009 at the link below.  As we chatted again last week, Matt stated they had a very good response at HIMSS this year as when you look at the videos below you will see why.

Proxense RFID and Encrypted Biometric Tracking for Hospitals and more…

The company has built a 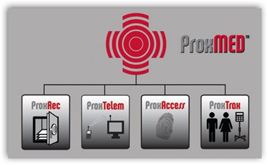 wireless platform that can be used by many applications to include a medical records system, PACS, you name it.  It can even log you on to email if you like.  In short the software is highly configurable to permit what ever applications a physician may want in the examining room for one example.

What I like about the system is that it’s affordable for one and ROI is pretty quick and second of all it’s easy. As an MD, who would not want to just be able to walk in the door and be securely logged on?  If there are 2 individuals in the room then a choice is made as to who’s log on is used.  At the Bend clinic in Oregon the video below shows (with music) doctors walking in and out of the offices and exam rooms being logged in and out, no hands required.  It’s not difficult to understand how it works. 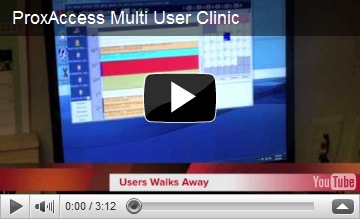 In the next video, I love listening to the doctor having calculated that as one doctor he spent 48 hours a year logging in and out of the system.  He comes in and authenticates in the morning and he’s good to go all day with automatic log ons.  The badge worn is the notification system or there are bracelets too. 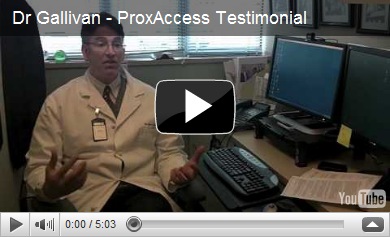 Matt stated that they now officially open for business and ready to show how simple and easy the system is and it can be configured for access to around 20 feet or so, in other words when the user is within 20 feet or less from the computer.  After talking I also thought about the idea of combining the sign on with Kinect in the OR, and just a couple days ago a hospital showed how they use Kinect for hands free in the OR, so add the 2 together and hands free all the way around.

Hospital Using Kinect Technology In the Operating Room To View and Manipulate Imaging-Saves Having to Rescrub! (Video)

The technology used by Proxense is called “true proximity”.  From the website:

“To Proxense: "A form of interaction/transaction triggered by nothing more than one's proximity to a given area, and not requiring any direct input or action." As this definition perfectly describes Proxense's core technology, TruProx™ was selected as it's brand name.” 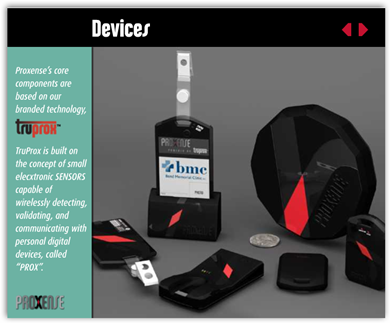 To me this looks very promising, easier than having to use a keyboard even with a single sign on process.  To move up the next level the platform can also be configured bring the patient’s file up on the screen too with a temporary biometric log on which I could see of big use if as a patient one were being walked from one department to another and being seen for different purposes, i.e. labs, x-rays and so on.  This way the patient would be logged in through the entire process.  I call that step 2 as getting the clinical staff portion in use is the #1 area of demand.

One other item worth mentioning too is the ability to do asset tracking and the entire platform has a full audit trail to see who, what and where everything was accessed.    Tracking can be manual or automated with alerts send via SMS, email and more.  BD

Overall the company has 32 patents in place for it’s technology. The RFID tracking is using proprietary frequency. The company is also

looking to partner with EHR vendors to enhance currently security.

I asked about something I thought was similar a few years ago with a company that offered the ability to pay by biometric fingerprint and Matt told me this is not the same as the biometric information is stored and encrypted on the device and not stored on a server, as was the case with the other technology I had remembered.

The Medical Quack: Proxense RFID and Encrypted Biometric Tracking for Hospitals and more…