This is amazing what stem cells are doing in the field of cardiology.  One patient in

the trial referenced has a heart attack 11 years ago and is doing better.  New cells are being produced and some of the scaring from heart attacks is going away.  There are also no serious side effects for the patients.  Stem cells are used from the patient’s own bone marrow.  We also have a trial ongoing at Cedar Sinai in Los Angeles and participants are experiencing almost miraculous results.  Listen to a patient from Cedar Sinai below.

Back in 2009 at a TED conference, a talk was given about the “Marrow Miner” a device created to make harvesting bone marrow quick and simple.

The Marrow Miner – A Better Way to Harvest Bone Marrow

One item definitely worth a mention here too is with the cost of healthcare in the US, this is one vital area not to be over looked as treatments as such can in fact reduce the need for additional care and hospital admissions.  The heart can repair itself. It’s a shame as we have 2 states that want to outlaw stem cell research and all I can say there is they just don’t get it as far as where science is and seem to not have much of an interest.  Below is a study that shows patients with severe heart failures after 6 months after a stem cell injection showed that the number of follow up problems were cut in half.  A 66-year-old Louisville man with congestive heart failure has regained some heart function one week after undergoing a new treatment to heal the organ with his own stem cells. 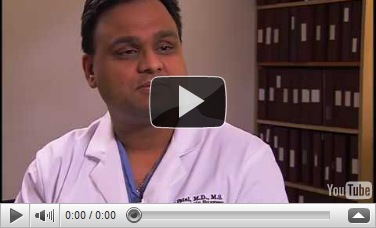 Heart Can Repair Itself

One more trial in the Netherlands is about to get underway, so for cardiology, stem cells are hot to say the least with regenerating heart cells.  This can help with using less medications and provide better outcomes.  BD

University of Miami cardiologists Thursday reported success in a small, preliminary human clinical trial of a new stem cell therapy they hope some day will routinely mend human hearts and reduce the need for lifelong medication, even for transplants.

“That’s the Holy Grail, the quest the whole field has been pursuing for close to a decade, and this is evidence we’re on the right track,” said Dr. Joshua Hare, director of the UM Medical School’s Interdisciplinary Stem Cell Institute. He’s lead author of the study that appears in Thursday’s peer-reviewed Circulation Research: Journal of the American Heart Association.

In the study, stem cells were taken from the patient’s own bone marrow and injected by catheter into scar tissue in the patient’s heart caused by an earlier heart attack. It worked in patients such as Eaton, whose heart attack was 11 years ago, Hare said. The hope was that the immature adult stem cells would turn into heart muscle, replacing the scar tissue.

Some of the stem cells did become heart muscle, Hare said; they also triggered the heart to produce more of its own stem cells which became new heart muscle as well, he said.