I try to be very fair about what I write and see all sides of programs that are offered.  This happens to be one close to home as I have an 86 year old mother that 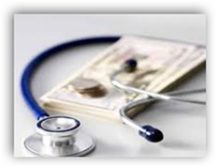 is on Part D and thus is under a Medicare managed plan.  A home visit is not necessarily a bad idea, but when it’s not implemented correctly, there are issues of non trust.

Let’s start out on how the the sales/solicitation took place.  My mother gets a call from her insurer offering the service of having an individual coming to her home with an appointment set to see how she is doing.  The services offered here are having her blood pressure taken, going over all her medications and a few other items like a chat and consultation.  Now again, overall this is perhaps not a bad idea in concept; however, when the caller soliciting such a service tells here that they are they to collect this information to refer and give to her primary care doctor, we have a problem.

Mom says she’s happy with the care she gets from her doctor and asks why is he not included?  Does her primary care doctor even know that this service is being offered?  She is told that the home visits will be conducted to make sure she receives the care she needs.  This phone call took about half an hour with a very frustrated solicitor who is probably on either pay for performance or graded on his job description depending on the number of individuals that sign up.  Let’s be hones folks that’s what goes on behind the scenes all the time.  Everyone is on pay for performance and when the carrot or grading of job performance comes in to play, solicitors become more aggressive. 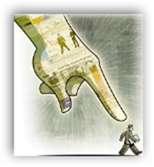 One carrier even offers pay for performance for pharmacists.

Mom has had 2 knee replacements had has her health issues at 86 and actually does a pretty good job and has not lost it upstairs. She actually began joking with the caller telling him that she understood he probably had a quota to meet and suggested that he move on to the next person on the list as she’s not buying in.  He was a young individual she said by the tone of his voice. Studies released of late too show that pay for performance is not all it has cracked up to be too.

She did ask about the person who would come to the home.  Who are they?  What’s their qualifications and how old are they? She was told this was a woman in her early 50s that would be making the visit at her home.  Again, with not working through the doctor and appearing to give the impression that her doctor was maybe not up to date on all her need, a no go here.  This was not going to be a doctor making a house call, so let’s clear the air on that possibility right now.

Why does a health insurance plan do this?  We all know they want data, data 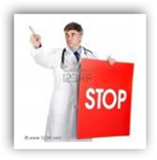 and more data.  In addition, when such information is collected, let’s go the next step and look at how her doctor will be evaluated too.  Insurance companies do that too so do we have a double play here to where information is gathered to not only give data on the patient but to also evaluate how the doctor is caring for her?  You bet we do!  Here’s an example of what one insurance company is doing with accelerated data below with business intelligence.

“In God we trust; all others must bring data” – Blue Cross Blue Shield Invests in more Business Intelligence Software

I don’t care how they try to work around this there is no way to break down the relationship and confidence levels between doctors and patients, period.  This in fact only brews more dis-trust and creates ill will, and without involving the primary care doctor here, the first thing Mom questions is what else is this woman going to do or ask while she is there?  Mom said what if I got nervous and fell down, would the woman be sending me out a wheel chair and what else would she note on her record?  Mom also wondered too about how this will affect her coverage and claims, and for 86 years old, she’s a smart Mom.

WHY DO INSURANCE COMPANIES KEEP TRYING METHODOLOGIES THAT DO NOT INCLUDE THE PRIMARY CARE DOCTOR!!

She doesn’t want the prescription bottle either for her medications as she knows there are privacy issues there too and doesn’t want her prescription data sold all over the place like the 2 companies below do.  If it didn’t got sold and go back to her insurer, then it sound like a good deal, but its not.  She wouldn’t mind if her doctor knew and received the data though, but again it does not work that way.

Vitality GlowCaps on the Colbert Report (edited) from Vitality on Vimeo.

Bottom line here is if you want to keep costs down and involve patients in future ACOs, keep the doctor in the loop and implementations as what was outlines above will only serve to keep distrust alive and well.

These folks with the grand plans 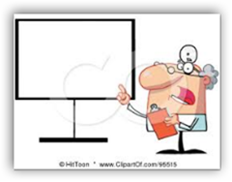 have no idea of how this felt as an invasion as they have not had it proposed to them.  Actually Mom is computer literate enough to enjoy a video web visit with her doctor instead of this.  Think about the programs that are thrown out there at you today.  We need to keep the doctors involved with our care and not exclude them as insurers are looking for potential grading or other data analysis types of reports to create.  I have helped and trained my mom so there’s proof this can work with video conferencing with seniors, so let’s focus on things that actually help the patient and doctor communicate and if some phone solicitor loses their pay for performance, then so be it.  BD