You can read a short clip below how the director of oncology at UCLA spends 2 hours a day checking the supply of crucial cancer drugs at the 6 clinics.  She also has to go back and forth between supplies to make sure the doctors can get a hold of drugs they need, even if paying twice or 3 times the amount.  This is not happening in a rural small hospitals, this is Los Angeles and in all fairness the small

hospitals may even have it worse, but if the big cities are struggling the FDA should go on notice.  The American Society of Health System Pharmacists have a website with up dated information to reference.  They also note when shortages have been corrected.  FDA has a page too but theirs better and more user friendly.

As the article says from the LA Times the FDA does not have any clout or much authority here and little action is taken unless an emergency is declared.  Propofol is still in short supply in some areas and it all comes from Germany now as we have no US manufacturers left.  Last year we went form 2 to 0 with Baxter and Teva pulling out of the market.  Injection drugs as such are more difficult to produce, are less profitable and so you can see what we get left with.  Years ago I started noticing myself a big change in the “doctor sample” closets of what drug reps even give out.  It’s all the ones you see advertised on television, few or no antibiotics. 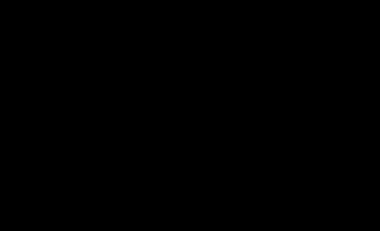 Critical shortages occur among generic products, which tells us that this has a lot to do with money. Avastin from Genentech is still going strong and has sales of over $ $7 billion a year and accounts for 70% of the sales for Roche, the parent company of Genentech, one drug.  When drug companies decide to stop making drugs, there are no laws or even a means of notification required for the FDA.  Teva in Irvine hopes to get their generic factory up and running again after failing an FDA inspection and this is taking a while and they produce many of the generic drugs we use.

Anesthesia Drug Shortages, First It Was Propofol and now Pentothal–Choice #3 Is a Real Old Drug And Less Stable

With granting a patent or license, there could at least be a commitment from a drug company, name brand or generic with a commitment made to produce drugs for a number of years and at least it could be tracked and addressed before shortages occur.  Also, we have a Congress that is not doing much either on this subject.  Hospitals share but in fear of the fact that the could be giving away the last of their own supply.

Would this not be nice if Congress would use some real time updated technology to address this sooner?   Put up white boards, use speech recognition to query and everyone sees the same thing at the same time, in real time with IBM Watson capabilities.  Are they using any of this, nope but the financial district is hot on it so they can figure out where to

address and keep the profitable drugs rolling.  Think about that one for a moment.

For the sake of money, this is why we have shortages and a set of lawmakers that don’t seem to be able to get their hands on information unless they send snail mail to figure out it. Some of them even still think IT infrastructure grows on trees so the FDA as far as laws is restricted to snail mail too it appears. 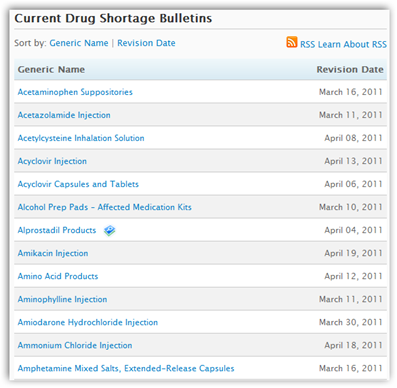 By comparison, no shortage on Botox, Viagra and many others that are not life and death but turn a lot of profits.  Again when you look so many of the shortages are injection drugs of all kinds.  One other issue that is getting bigger too is recalls which a solution with bar coding is very doable and the technology is available.  BD

It didn't used to be in Sandy Binder's job description to be a drug sleuth.As director of oncology community practices at UCLA, she didn't have to spend two hours a day checking on the supply of crucial cancer drugs at her six clinics and dickering with suppliers to make sure her doctors could get their hands on what their patients needed, even if at a markup that tripled the normal cost.

Those were the old days, before the crisis of drug shortages in the United States spiraled out of control.

Although there are multiple reasons for the explosion of drug shortages in this country, taken together they show that the structure of the pharmaceutical industry and its system of regulation are both deeply flawed. It doesn't help that Congress, which often behaves like a subsidiary of the drug industry, hasn't given the Food and Drug Administration decent tools to address the problem.

Those tools include information and clout. The FDA lacks both. Except in limited cases, drug companies aren't required to issue advance notice of a decision to discontinue making a drug — not to the government, nor to hospitals, doctors, or patients.