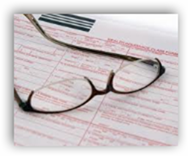 rates.  There’s not a reference here on what they do charge but I somewhat think there’s more to this than just the reimbursements as it is with almost all contracts as there may be some provisions written in there that the group does not accept.  The reason I say this is that if patients were beginning to receive bills for the services rendered that would be noticed right up front and mentioned, so again there’s a reason or reasons for not joining the HMO that I don’t think we are hearing.  BD

WEST MICHIGAN — Emergency room patients at the hospitals in Muskegon and Ottawa counties will have one more step in paying their bills because of a dispute between HMO Priority Health and physicians' groups.

Rather than paying the ER doctors directly as it did in the past, Priority Health now sends a check covering 100 percent of the fee to the patient, minus any applicable co-pay or deductible.

Patients are then responsible for forwarding payment to the physician for their part of the ER bill. Affected hospitals include Mercy Health Partners’ Hackley and Mercy hospitals in Muskegon and North Ottawa Community Hospital in Grand Haven.

Priority Health is a Grand Rapids-based health plan owned by Spectrum Health. It says the medical groups that staff ERs at the affected hospitals have “refused” to join its HMO care network and accept “market-based” rates comparable to what ER physicians elsewhere receive.

“There is no negotiation. It was ‘sign this or else,’” said Dr. Mark Figurski, managing partner at the 15-physician Grand River Emergency Medical Group that staffs Saint Mary’s Health Care’s ER.

Some hospitals feel the arrangement will leave them dealing with patients frustrated by a dispute hospital personnel can't address.