Certainly there is CME (continuing medical education) that takes care of a lot of the education with new drugs and other related medical information that comes along, 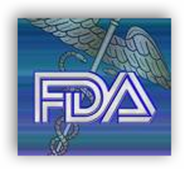 but who’s taking the pills?  It’s not the doctors and I think we have a huge disconnect here and addressing the patients is the first role of command here.  There are a few bad eggs out there that do it for profit with the pain centers to make money and no amount of education is going to stop those folks if that is their game plan with the exception of law enforcement and whistle blowers. I would think that a doctor would maybe view this type of a decision as just treating symptoms and not working toward a cure, you think as that’s what they do.

This looks like an advisory board that is not wrapped very tight to say the least.  In addition, doctors have pharmacists to help them and tell me that you don’t get a short lecture today when you go pick up your drugs.  The pharmacists are well educated by all means as that’s their business so they help out too.  Back in 2008 I posted about generic drugs and when patients pay cash.  They already have their HMOs or IPA breathing down their back when they think patients didn’t fill their prescriptions as the patient did but it didn’t come back through on the data as the patient saved money and paid $4.00 instead, cheaper than their co-pay.  I’ve been around and heard those comments on evaluations for P4P.

Nobody thinks about this side of the coin as they are stuck in data world.

Now this is a sad state of affairs to be the prudent consumer, and yet you are potentially taking money out of your doctor's pocket by doing so when it comes to pay for performance for them, so what's up with this?  Also did the FDA forget about the state data bases that track abusers?  The posts below are from late 2010.

As a matter of fact when it comes to education and role models we have none. I can’t even find so much as an image with Kathleen Sebelius holding a cell phone on the web and I have asked so many times if any of them use a PHR (personal health record) and the silence is deafening, but these new articles come out about why people don’t take more of an interest in their care and use PHRs, so a

few less magpies and a few more role models would really be welcome.  If our government folks who decide and make all these rules took more of an active role with consumer Health IT, they would get it, but they don’t and this is why this move from the FDA looks ridiculous too and once again “its for those guys over there”.

These folks making such decisions are themselves are holed up in a world of non participation and that’s why they come out with all these screwy decisions as they don’t participate, FDA included here.

Come out of “data analytics land” and take a look at the real world.

So again I ask what’s up with this? 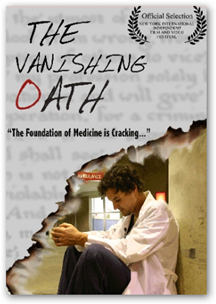 Most MDs I know are not on auto-pilot for prescribing pain killers and they can check those data bases if they are in doubt and granted it’s not 100% but sure represents a plan to potentially identify many.  Leave the doctors alone as they have enough going on right now. As a matter of fact if you are not aware of what the plight of many doctors is today, view the movie trailer at the link below on the Vanishing Oath documentary and that may open your eyes and listen to one doctor working at Block Buster so she can have health insurance.  Health insurance overhead with administrative time grows and rate cuts have been phenomenal and the time they have for their own lives is a shrinking so let’s focus on the patients in this effort as I think it would be more effective.  BD

The FDA is asking companies that make painkillers to create educational materials, written in simple language, on how to safely use and throw away opiates as part of the government’s new effort to curtail prescription drug abuse.
Opiate-drug makers will also have to propose a plan in 120 days on how they will train doctors to manage pain and screen patients, the FDA announced Tuesday.
Certain drugs the companies sell are being abused— a lot, says the FDA in a consumer update:
“FDA experts say extended-release and long-acting opioids—including OxyContin, Avinza, Dolophine, Duragesic and eight other brand names—are extensively misprescribed, misused, and abused, leading to overdoses, addiction and even deaths across the United States.”