Here we go again, the stench that stole Topamax.  Again I worked in logistics for over 20 years and the pallets do need to be treated but here in southern 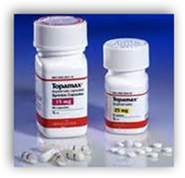 California, weather permits for this activity to moved outside most of the time or if it rains, it get put off until the weather is nice again, and that’s usually on a day or so.  The pallets are not going to make the pill stink, it’s the fact that they are treated to close to manufacturing.

If we don’t want stinky meds, pray for good weather so the chemicals and the guys who treat pallets can do this outside!

Sure they have pallets from other companies, everybody has everybody else's pallets so let’s try a new story here.  Pallet wars and exchanges are some of the biggest battles you will ever seen in distribution. Once the pallet is treated and dried, you can use it, like what you are supposed to do with pallets, duh?  Ok so we can go to another scenario here to where they were not completely dry maybe.  I can tell you that chemical stinks!  Some companies also outsource the treatment of pallets too. I used to do business with one of their warehouses and heck any pallet that worked was used, not short of falling apart.  Actually on that end of the stick they were picky about their pallets so product 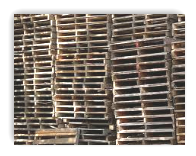 would not fall off and they were all shrink wrapped for security and not get contaminated.  I’m surprised at this point that none of the drugs have smelled of forklift gas, but it apparently doesn’t get captured like the chemical does in the bottles.  The first stench was in January of 2010 so we are over a year into stinky drugs.

Does Your Tylenol Stink? Maybe It Has Been Recalled As The List Has Grown Today

Move the pallet treating business outside is the cure and wait until they dry or get one of the small companies that provide pallets to do it for you is another alternative.  These little businesses run around and pick up trashed pallets all the time, fix them up and sell them.  It’s a big business in the LA area and has been for years.  Depending on your distribution patterns, the factory or warehouse is either one that “collects” pallets and has tons of them, or is one that can’t get enough to ship with and those folks buy them from the “pallet businesses”.

As a sales person I always used to loath those calls, being J and J was my account where I had a boss that sent me out to inspect and help out, and try to convince them to recover the pills that were falling off the pallet as forklift blades miss the pallets at times and ram right through the merchandise.  There’s just a little floor dust 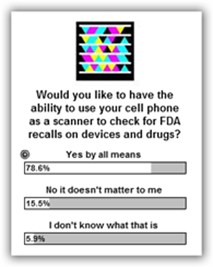 and pallet grease on them, can’t we get credit for recovered pills he would say…no! You think we have problems with mistakes in healthcare at times, why does someone miss with fork lift blades, I don’t know but it happens all the time.  I always had to explain to a boss that we could not sweep up pills off the warehouse floor for cargo claim credit <grin>.

Get some bar codes would you J and J, this is getting ridiculous!  Can’t Bill Weldon earn that big compensation package soon?  Pallet sniffers for quality assurance?

In other Topamax news we had this today too Topamax and the generic topiramate have been linked to an increased risk of cleft palates and cleft lips in children born to women taking the drug. I will say one thing, I did laugh at drama given over “launching a full investigation” in the news of what happened, again take pallets outside and this will eliminate some of our recalls.  BD

TRENTON, N.J. -- Johnson & Johnson issued yet another recall Thursday, this one for about 57,000 bottles of a widely used epilepsy pill, due to complaints of a chemical odor.

J&J said only that the pills were sold in the U.S. and Puerto Rico.