The entire problem with this discussion is that it is addressing the issue from the supply chain area and nothing about consumers.  Actually compared to my bar code suggestions, which was picked up an and will be published next month, this is lame.  I can say that as I spent over 20 years in logistics before landing in healthcare so I have a big clue here from both sides.

All they are talking about here are drugs, no devices and no over the counter, so a very small portion of the entire issue.  Bar codes can be combined with RFIDs too, hospital administrators like that and with having recall information as a starting point, somebody is doing something.  Now to even think of a start date we are all the way

up to 2016, hell the bar codes with recalls could be going in a year and sooner with introducing pilot programs.  I read this whole article and there seems to be some knowledge lacking here on using encrypted gateways…read the clip below…

“AstraZeneca's other major concern is about data visibility and ownership. It points out that "a track-and-trace system must maintain the proprietary nature of each entity's data by appropriate security controls to limit data entry and access to relevant authorized parties."

Sure research could continue with the work on actual pills and so forth by all means and could be added to a recall program, but darn the FDA is doing nothing here.  UPS was right on topic though and they get it….With transporting drugs and medical devices and you name it, the folks at UPS are a big target all the time and they know scanning very well and along with FedEx, even way back 12 years ago when I was in the business we did this, even on freight platforms with infrared guns to shoot the information off full pallets and it’s a shame they don’t pay more attention to UPS here.  Heck they would love to be able to scan a device, drug or over the counter product just like consumers and it would it make it easy for them too.

“Finally, UPS would like the FDA to develop a Federal Distribution License

alongside the track-and-trace system that would pre-empt state licensing schemes and help accommodate the changing nature of the pharmaceutical supply chain. "The existing process of facility licensing fails to leverage today's technology advancements, adds unnecessary costs to the healthcare supply chain, and creates confusion," it claims.”

Shoot we have heat maps and everything else out there and believe me this would work much better planned from a consumer side rather than trying to mangle it into a supply chain model, somebody wake up.  As an example, see where my tags have been scanned, and we can get IP addresses too. 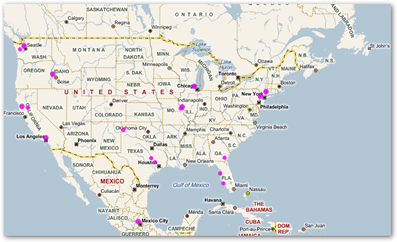 Also what they are discussing doesn’t even address stuff like wipes that are all over the place.

They just don’t get it, the luddites at the FDA and the only one in this conference here that made any sense again was UPS.  BD

The US Food and Drug Administration's plans to develop a track-and-trace system for pharmaceuticals received comments from eight organizations by the April 16 deadline, from a mix of stakeholders in the supply chain.
The FDA sought comments to help it develop the system attributes for a track-and-trace system in the wake of a public hearing on the topic held February 15-16. The proposal extends from the agency's prior work in 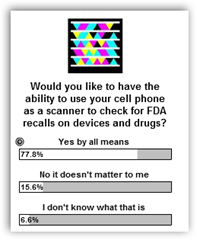 developing a standardized numerical identifier (SNI) for each pack, which would effectively be a serialized National Drug Code (NDC).
On the whole, comments centred on interoperability and coding standards, data management considerations, and issues relating to authentication, currently defined by the FDA as:
"Verifying that an SNI is a valid number for the package with which it is associated. It also involves verifying that the package was sold, purchased, traded, delivered, handled, stored, brokered by, or otherwise transferred from legitimate supply chain participants, and confirming that there are no discrepancies in the distribution history."

"AstraZeneca believes that establishing real-time verification at the point of dispense can be accomplished in the near-term by serializing each trade pack using available robust 2D data matrix barcode technology while leveraging existing standards," according to the company's comments, which are signed by David Buynak, who heads its North American serialization program.