I read in the news and yesterday I watched an extremely funny video from the Colbert report, but he made a point.  He did this dissertation on who’s the bad guy and who’s the good guy in the battle of the budget and healthcare.  If you missed it, I recommend watching as he talks about comparing Obama to Boehner and with one having to look like a big victor and the other needing to look like a slain dragon, now I ask is this not the truth of what we see in the media today. 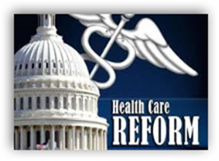 Does Sampson and Goliath have to enter into smart budget making and intelligence?  From I see it does.  This is not an NFL game with touchdowns and points being scored for the guy wearing a certain colored uniform.  It’s all about collaboration and working intelligently to bring the US back up to where we were.  Those folks that suggested insurance exchanges are now the bad guys <grin> but what we are not recognizing that is within the last year, a lot has happened.  Shoot you can read about Walgreens who sits down and with computerized algorithms changes their business model in a few days, so what’ up with government having “brains” and seeing this same observation.

I’m using the exchanges as just one example but are more.  The folks that created

the exchange concept are not bad guys because at the time it looked like a good model but things change.  You have insurance companies with some pretty major acquisitions over the last year in the IT and tech area, that’s a game changer with data and cost analysis and it does affect how an exchange was designed to work in the plans on the books.  Does need changing, sure it needs to be looked at and modified by a group with collaboration and not more soap operas.  What many have not come to terms with yet is the good guy bad guy routine with algorithmic formulas that run our business and the government.  Duh?

It is just like all the press out there where Ryan thinks he’s new great white hope, well his isn’t and neither is anybody else so he’s in good company if he has not figured that out yet.

To keep the review process alive and well with laws, we are back to IBM Watson to help digest, predict and give the ability to lawmakers to function. Can we put those “dull knives” in the drawer and try something new here?  Again if we don’t get smarter about making laws, Charles Ferguson might as well start writing that sequel and do we want a sequel uglier than the first movie, I hope not.

and it’s sad that this old paradigm continues but the hoopla instead of a focused plan still drives all of this today.

There is no great white hope on budgets, Ryan or no Ryan.

Do we need to start dressing these folks up in Congress with uniforms put helmets on next?  <grin>.  It kind of looks that way the inability to distinguish at times the difference between intelligent law making and play a game.  It’s beginning to resemble a game of “Angry Birds” and I’ might guess I’m not alone in that observation.  From what I am hearing it sounds like we have reverted back to this Lie of the Year.  BD