Nobody thought that scribes were going to a permanent solution but it looks like they are.  Originally the idea was to help transition doctors over to electronic medical records but the scribes stayed as they show a lot of value for the doctors, especially in the ER where time is short and doctors need to move on to the next patient as quickly as possible.  The scribes doing the job don’t get paid a lot, usually $8 to $12 an hour but they get to follow doctors all over the ER or even other departments and make sure all the notes and data are entered correctly.  Did we build the user input screens universal and easy enough…nope.  If you read the article below Microsoft donated free of charge “A Common User Interface” that anyone could work with and guess what, nobody bit as we don’t' collaborate well in the US. 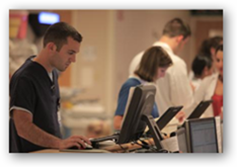 Scribes are not always needed in every system though as if you were to look at a closed system like Kaiser Permanente, they are designed different and with their set up there’s clinic, hospital and payer all together so none of what occurs with independent situations and their doctors too are on salary for the most part, so 2 completely different models, one organized and and one fragmented trying to come together.  We learn a lot from Kaiser as they worked hard at their system to make it work and they have a great Innovation department that works hands on with doctors and nurses too.

Using Scribes at the Hospital – Some Doctors Really Like This Idea 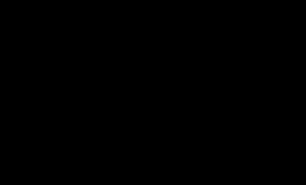 I did several posts here at the Medical Quack on how it works and played with the demo myself and of course that would be every doctor’s dream who works at more than one hospital to have the same or similar screens every where you go, right?  Did anyone think or listen to that idea…nope ….we are still stuck on the word “innovation” and can’t move past it to go the next level up to “collaboration”…still happens.  This is the big road block in part of medical record adaptation too is that sometimes the user’s input is not always taken seriously, user meaning the doctors and they get a bad wrap over that so now you can add looking at this situation from another view.  I had one guy tell me he had to learn 5 different hospital medical record systems to get through his internship, hats to off to him for sure!

Needless to say electronic records are here to stay, in what and shape and form along with price is always up for discussion <grin>.

I need to add another video in here too just for the heck of it.  In 2008 while at HIMMS working to promote Tablet PCs, I loaded up this demo from Microsoft of a prototype of what medical records 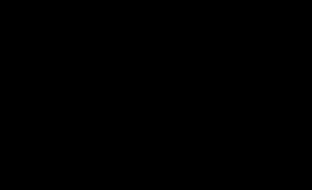 EMR Demo
would be like in the future from 2007 as it made for one heck of a demo on a tablet.  I walked around and was showing off the tablet and all the medical record vendors were asking me “who’s system is that”…it was funny and of course I explained it was a demo prototype but everyone wanted to make sure they were not missing something that somebody else had already developed. <grin>  Of course at the same time I was looked at as a bit of a goober too as I had all my notes in One Note and actually used a tablet to take notes and had intelligence files set up before the convention so I could be efficient and cover a lot of ground.  Back in 2008 at HIMMS nobody took the tablets out of their booths and used them for anything else other than to demo an EMR so I was the odd person out ahead of my time.

Back on track, I guess we can wait and see if scribes move in to nursing.  Shoot who knows this blog post might start a movement.

I can understand why the doctors like them as they have had coding and so much other accounting and software responsibilities added on that were not there a few years ago so something has to give to make sure patients get the time and attention and on the other hand data is entered correctly and timely.  BD

The rise in electronic medical records has given Brittany Fera, a premed student at Temple University, an "awesome" job that she had no idea existed before she saw an ad last year.

It's not the geeky programming kind of job you might guess.

The new record-keeping systems, which are touted as a way to improve efficiency and quality, slow down emergency medicine physicians so much that the doctors are hiring young people like Fera to input data for them. They call this growing group of employees "medical scribes."

The largest scribe company, California-based ScribeAmerica, has 800 employees in 21 states, up from 350 to 400 in 10 states in 2009. Emergency Medicine Scribe Systems (EMSS), another California company, has 600 scribes - 500 more than it had two years ago. PhysAssist Scribes Inc. in Fort Worth, Texas, went from providing 7,500 hours a month of scribe coverage in 2005 to 38,000 last month. All credit electronic records for their growth.