names might confuse all until time moves forward.  The OptumInsight business unit which was formerly known as Ingenix states the following from the press release, which is a long one and you can read here.  Looks like the focus on Health IT where the company made several acquisitions last year.

“The OptumInsight contract revenue backlog increased 55 percent year-over-year to $2.8 billion after adjusting for backlog pertaining to the announced divestiture of the i3-branded clinical trial services business, which is estimated to be completed during the second quarter of 2011. Strong demand for solutions that help health system participants improve connectivity, workflow and overall performance continues, further improving visibility on expected full year 2011 revenue growth.”

In addition there were some acquisitions of other types such as IPAs or physicians groups recently.

The company also has a bank with over a billion on

deposit for health savings accounts and this arm also is used to make loans to healthcare organizations.

With some of the many mathematical formulas they use for payables and other types of algorithms a patent was secured so we know what that means as far as royalties if other companies use them.

The CEO appeared to be compensated with a 21% increase, part of which was pay for performance (maybe this is why he thinks all of healthcare belongs on P4P but we know it doesn't’ work the same as it does for a CEO) the board of United has no interest in limiting any compensation even for how the public views all of this in spite of current economic times.

One example of algorithmic assessments with contracts can also be disruptive as this example shows below with insulin users and contracts. People with diabetes were notified by UnitedHealthcare that one of the most widely prescribed insulins, NovoLog, is switching from the company's Tier 1 drug list to Tier 3 so we had a bidding war so patients have to change medications based on cost, 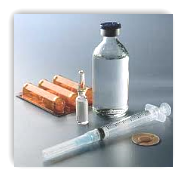 but by changing contracts with raising the cost of one 250% and supplying the other drug cheaper they make profits, aka contract algorithms here.

UnitedHealthcare Disrupts Insulin Users So Either Change or Pay More–No Generics Here, Just a Bidding War For A Contract

When you see quarterly reports one after another like this and care not getting any better you have to think about this with lawmakers behind the 8 ball with not keeping up with laws that can regulate and provide fair protections for consumers, this is what corporate America does.  Lawmakers should get some smart algorithms and technology so we are not still taking dull knives to gun battles.  Digital illiteracy is killing us all over the US in lawmaking with not being able to keep up and technology and can be used to fleece as we all saw in 2008.  It is sadly what it is.  BD

MINNEAPOLIS--(BUSINESS WIRE)-- UnitedHealth Group (NYSE:UNH) today reported first quarter results, highlighted by accelerated revenue growth from both its UnitedHealthcare and Optum businesses1. First quarter 2011 net earnings were $1.22 per share. Key performance metrics and costs were in line with or better than Company expectations.

The Company updated its full year financial outlook based on first quarter results and business trends, and now forecasts 2011 revenues approaching $101 billion, net earnings in the range of $3.95 to $4.05 per share and cash flows from operations in a range of $5.8 billion to $6.2 billion.