Oh have heard stories this is the news of late, of course we have and the CEO admitted guilt for his role in the company’s penny stock prices.  I think this one was pretty cut and dry as he was selling and working with under cover FBI agents so

not a lot questions as far as who, what and where on this case.  He is stated to have made full restitution and has a $4000 fine to pay and a year to serve.

The violations charged included paying kickbacks to a pension fund fiduciary to induce the fiduciary to misappropriate money from a pension fund in order to buy restricted common stock at inflated prices, in other words someone was paying too much and not the correct use of a pension fund money and the pension fund turned out to be the FBI.  Also part of his sentence which is pretty much standard with such cases is that he can no longer manage a 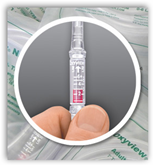 publicly held company and of course offer any penny stock for sale.  Ingen has been around for quite a few years and recently just received a patent for their new SMART Nasal Cannula which allows a patient as well as a clinician to “see” oxygen being delivered.  Their business is focused on reparatory therapy and they are located in southern California.  What was also interesting too on their website was to see PayPal honored for purchases and that’s a good thing as their services put up an encrypted gateway between you and your credit/debit cards.  BD

Ingen Technologies Inc. CEO Scott Sand departs company, incarcerated and fined for his role in a kickback scheme designed to manipulate the volume and price of his company's stock and in order to encourage stock sales.

Ingen Technologies Inc.'s (OTC:IGNT) former CEO, Scott Sand, is headed to the slammer for his role in a plot involving the illegal manipulation of his company's stock price.