This is pretty cool and you can download the “brain explorer” for free.  There’s a Windows and a Mac version here.  The search page is nice complete with a “gene cloud” for easy searching by diseases or topics.

I also found the schematic interesting to look at to see the components that go in the creation of the microarray of the Allen Brain.  For those who are not geeks just look at all the areas of input and you’ll pretty much get the idea here.  Further down you can see the use of bar codes in the molecular structures too.  The data was collected from two normal human brains (do we still have normal out there).  They found that around 82 percent of all human genes have expressions in the brain.  This is the first of it’s kind full mapping of the human brain.  BD 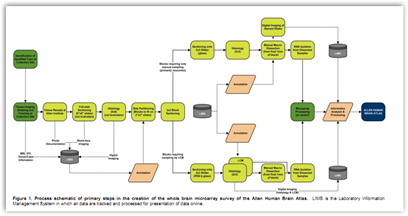 Science has released the world's first anatomically and genomically comprehensive human brain map, a previously unthinkable feat made possible through leading-edge technology and more than four years of rigorous studies and documentation.  The unprecedented mappings are the foundation for the Allen Human Brain Atlas, an online public resource developed to advance the Institute's goal to accelerate understanding of how the human brain works and fuel new discovery among the global research community. 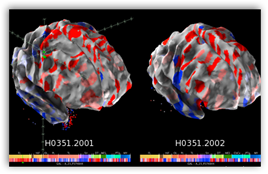 In developing the Allen Human Brain Atlas, the Allen Institute has now thoroughly characterized and mapped the biochemistry of two normal adult human brains, providing opportunities for scientists to study the brain with new detail and accuracy.  The data reveal a striking 94 percent similarity between human brains, establishing strong patterns as a critical foundation for translational and clinical research.  In addition, data analysis from the two human brains indicate that at least 82 percent of all human genes are expressed in the brain, highlighting its tremendous complexity while also providing an essential genetic blueprint to understand brain functionality better and propel research in neurologic disease and other brain disorders. 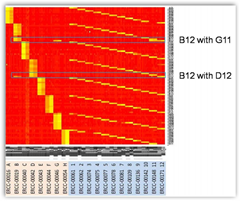 The Allen Human Brain Atlas is free and available to scientists, physicians and the education community as an online public resource at www.brain-map.org.

Previously, as its inaugural initiative, the Allen Institute for Brain Science completed mappings of the adult mouse brain in 2006, similarly making the data available free to scientists.  Overall, those data have led to a number of significant research advances around the world, including the publishing of over 500 peer-reviewed papers citing the Allen Mouse Brain Atlas to support research conclusions.