So what is not complicated today in healthcare when it comes to reimbursement and the pursuit of fraud cases.  With the complicated formulas and the constant change of business models that go faster than laws can keep up, you think we have a slow

legal system now, well it’s going to even get slower.  Wellcare ’s issues go back to 2007 to an FBI raid of their offices in Florida for mismanagement of funds and billing.  This is not simple stuff and you need some high powered business intelligence software to get down to the numbers and facts.  Medicare even cut them off a couple years ago.  Back in June of last year we now have a whistle blower adding more information and fuel to the fire.

When it gets down to auditing IT systems for conspiracy it’s not easy and it is time consuming as it can get down to the last penny this way.  The company has already agreed to pay $40 million in restitution and forfeit another $40 million to the US government, bingo we have savings generated from catching fraud.  Now let’s multiply this several times across the country and stop denying care for grandma and we would all be a lot happier!  You know I really shouldn’t stop there, it’s more than just grandma today.  This case is complicated as the money stated to have been his in a 3rd company, remember what I say about mergers and acquisitions with companies not being the same as they were just a few years ago, take heed here when you read this.  This is the lawyer here, the general counsel on 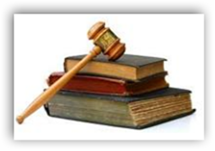 trial so keep that in mind.

I have questioned the ability of judges to make decisions based on this fact and evidently this judge knows it with delaying the trial to get all the information together.

This brings me back to a post form 2009, Do We Need a Department of Algorithms” for all transactional business in healthcare?  Think so.  BD

A FEDERAL JUDGE in Tampa has postponed until at least this fall the trial of Thaddeus Bereday, the ousted general counsel of WellCare Health Plans, Inc., along with four other ex-company execs.
At a status hearing last week, U.S. District Court Judge James Moody, Jr., found the case too complicated to meet the original May 2 trial date.
“A complex and prolonged trial is anticipated,” Moody noted. No new trial date was set.

It's Complicated, Says Judge, as He Delays Trial of WellCare Ex-GC