This is a continuing post about "desperate hospitals" that I started last week.  In light of the recent Medicare rules, audits, etc. some hospitals are just not making it.

50% of the hospitals in the country border on insolvency.  Century City Hospital is not by any means in a "poor" or "needy" area, so to see this happen here is an eye opener.  They had been looking for a buyer.  Now for a little history here:  The hospital had just re-opened a few years ago under new ownership.  When remodeled, it was pretty much state of the art, even with many celebrities having surgery here, and this hospital is only a few miles from Beverly Hills, CA.

Here is the current website, which I'm sure will go away shortly, but take a look for yourself.  When they re-opened, they had the "lab of the future" and you can read more here.

"The new owners, the Salus Surgical Group of Beverly Hills, Calif, wanted to create a new model for health care delivery—one that focused on the patient and used leading technology to achieve greater efficiency and better care. They invested $100 million to completely refurbish the building and purchase equipment to create a paperless system."

Now let's take a look at the VIP rooms...notice the nice hardwood floors too... 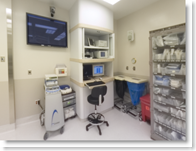 They had the DaVinci robot for various surgery procedures... 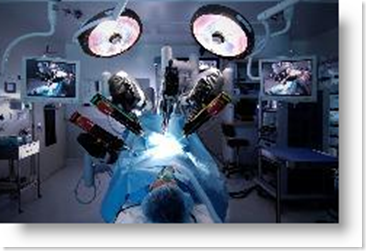 Also, if I'm not mistaken, the scenes in the recent movie with Jack Nicholson, "The Bucket List" sure look like they were filmed here as well.  So this somewhat sends chills down your back if you will when a state of the art hospital located in an affluent area can't make it, right?  Will be interesting to follow this one and see what may happen next.  Not too long ago I did a post on their electronic medical records system and the almost record time deployment they had.  They had also received a grant for nurse training not too long ago.  BD

Financially troubled Century City Doctors Hospital has begun shutting down and officially will close next Friday, according to hospital executives.
The hospital will close its emergency room Saturday and begin transferring about 25 patients being treated at the hospital to nearby facilities beginning this weekend.

Today the hospital filed for liquidation under Chapter 7 of the U.S. Bankruptcy Code. Employees said they didn't get paid today, and top hospital executives said the facility did not have the money to pay them.

The Erin Tennessee-based company has debts of at least $1.2 million and less than $10 million, according to United States Bankruptcy Court documents filed this week. The company's assets are estimated at between $1 million and $10 million.