This was in the LA Times and makes some very good points about economic times.  How are the companies making big dollars and yet unemployment is not getting any better?  Businesses today with technology are finding ways to increase profits without the rank and file workers, even companies 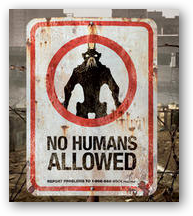 who are doing well are continuing to lay off as technology moves in and takes over functions that people used to do.  We have talked about this for years but today it’s a reality.

Healthcare is at an unfair advantage here, and yes there’s a lot of room for improvement, we are still the product being given care, we are marketed, and so on.  Certainly we are seeing some big changes with data systems, medical devices, etc. all heading in that direction, but it can’t move as fast as what other industries are doing as again it is all about us.   There’s a robotic scientist out there now creating it’s own drugs in the news lately, so even in areas where you think this is not possible, well, think again.  Healthcare too is following the trending of business with replacing humans with technology, but being we are the product, it is still the “human” business and there’s only so far you can go at a time and we are seeing major paradigms being changed every day.  How do we incorporate technology into healthcare without being overly disruptive?  That in my opinion is a million dollar question.

Healthcare companies want to stay in business and make money of course, but how can they compete with other industries who can slim down quickly and that are not as dependent on research and development, that touts break throughs almost every day it seems?  The jobs that have moved overseas due to cost are not coming back here, unless we can compete with the same payment structures, and in most cases, we can’t.

I report quite a bit here on medical devices, and recently quite a bit about those that create data, data that can be used in health records for better care and this is one big mixed bag on it’s own.  There are very few laws out there that add much protection when it comes to privacy too as how do you regulate new technology that is bursting at the seems.  How does a hospital budget for this?  Nobody has come along and figured this out yet.

How are we all going to live with some of these devices that used to be a human talking to us?  How is the data going to be used for better healthcare and how it is going to be potentially used against me?  We have to not deny that side exists as well with all the emphasis on cutting costs.  We read about it all the time in the news with algorithms and scoring procedures denying claims.

We also have members of Congress out of touch with where technology is headed as in this post below, with asking Health IT companies for information that is ambiguous, read a little and some of the paper it was probably written upon could have been saved and I slated that using some social networks would have put the Congressman right in touch so much faster than the process of asking for some of the information he inquired about, and perhaps he may have asked for different information if read up enough.

The bottom line is that corporations don’t need as many human resources as they used to and this happens quickly sometimes too, so where do all the displaced people go, Wall Street isn’t giving us any answers either.  The disparity on the economy linking back to the way it once did with investors is pretty much gone.

This just really makes more of a case as to why healthcare should not be money driven, it just can’t catch up with the rest of the world and probably will always be a step behind, and much of this brought about by necessary regulations and conditions that NEED to be there for our protection as well.  Now add in the “daily breakthrough” for the day and the job gets just a little bit tougher.  BD

Times still are hard out there for workers, but corporate America overall has been managing remarkably well -- as reflected in share prices.
Many companies, for example, have benefited from investors' robust appetite for bonds this year as credit markets have loosened. As long-term interest rates have dived, investors have rushed to lock in yields on fixed-income securities.

Westlake Village-based Dole Food Co. was able to go public on Oct. 22, selling 35.7 million shares at $12.50 each. Its investors may be having buyer's remorse, with the stock at $11.74 on Friday. But that doesn't matter to Dole at the moment: The $446 million the firm raised allowed it to pay off a chunk of debt, boosting its credit rating.
Probably the most important element of support for stock prices since this spring has been corporate earnings reports. Though many companies still earned less than they did a year earlier, before the economy crumbled, results have handily beaten investors' expectations.

Jobless Americans, understandably, would prefer to see some of that cash spent on hiring. But we know from government data on employment that many companies either continue to shed workers or remain reluctant to add staff, even amid signs that the recession is over.
Allen Sinai, head of Decision Economics Inc. in New York, believes that corporate managers may be surprised at how well their companies are faring even after deep reductions in head count.
”They're making good money without people," Sinai said, in what may be only a modest overstatement.

For stocks, a correction may come, but probably not a calamity -- latimes.com