Employer enrollment was down, so fewer companies being able to afford or perhaps have the ability to offer employer health insurance.  Federal subsidies on Cobra also helped the profit picture with the government kicking in to help those unemployed keep coverage.  As I have posted before, the company is making more money from the technology side of their business rather than policies.  They run the algorithms that make profit, just like Wall Street does.  I still believe we need a “Department of Algorithms” to keep people honest and not use technology to feed on the ignorant.

The company recently purchased a portion of HeatlhNet upon their loss of a large Tri-Care contract.  They also have the multi million dollar investment with Cisco for the telehealth project. 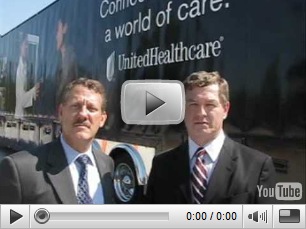 For the second quarter this year, their profits had doubled.  Let’s not forget their subsidiary Ingenix who is facing legal battles all over the US relative to the balance billings that were created and shifted more money to pay over to the patient side .  The state of Washington also contracted with them to “score” claims for Medicaid services.

Ingenix data base has some long reaching legal tentacles

This is the message repeated from their CEO.

From the CEO "Our Shareholders Will Prosper"  The video below gives a bit of background on the Ingenix Data Base that gave a 16 to 1 return on revenue.  Once again, the investment in technology and running the algorithms to cut costs, pushing more expense to the patients and forcing many into bankruptcy is how they do it, but these are the folks that some want to protect?  With the Ingenix data base referenced, they even made money over the years from the other insurers who licensed or subscribed to the same calculating data base to determine normal and customer charges.  This post seems to be a good example on perhaps how all that worked as several physicians offices within 5 days were no longer paid by any of the insurers they worked with.  BD 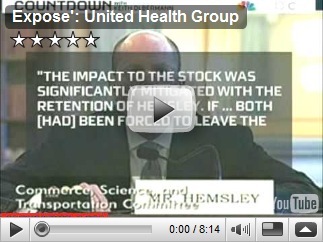 The Minnetonka, Minn.-based insurer said Tuesday it also saw revenue rise 8 percent, with enrollment in its Medicare Advantage and Medicaid plans growing about 20 percent each.

Revenue for Ovations, which provides health and wellness services to people over 50, rose 19 percent to $7.9 billion.