Wait a minute, don’t these same companies have business models to sell painkillers?  As you can see pharma suggested more education, which is always a good thing and there has been talk along with one company submitting a reformulated version of a drug to the FDA for approval.  Pharma no doubtedly will offer help and add suggestions, but don’t touch that business model that generates profits for us.  If you are not part of a solution then you could very well be part of the problem so pharma is of course a participant here.  Granted pain killers can’t be removed from the market as there are short term use and some long term use that is needed.  If you have ever gone under the knife or had some major dental work done, you know what I am talking about as aspirin and Tylenol for a a few days won’t cut it. 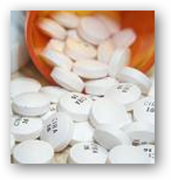 I have had pain killers for both dental and surgical procedures to take for a short while afterwards to get through the first couple or 3 days, and after that it seems the need was gone as pain subsided.  Actually I was on the other side of the fence, afraid to take too many and got chewed out by my doctors not to wait until the pain level would build up to where I was in agony.

So doctors have “whack jobs” like me to deal with too on the other side.  My theory of waiting until when I thought the first Vicodin was out of my system before taking another one didn’t hold water in those instances.  It’s been a number of years but I remember the first pill did give me a buzz, but the second one would make me uncomfortable as I felt I started getting lethargic and stupid and felt a bit like a zombie of sorts.  I will say this, the feeling of stress would disappear so I can understand how individuals could get addicted easily, especially if there was something going on in their life where taking a pill could offer some relief.

I don’t know how much more pharma could really do in this area myself as a doctor has to write a prescription based on diagnosis, and there are folks who will pay extra to have a physician cater to their addiction, not that they may want to, but patients also pressure doctors in other ways besides money as well.  We may be a long time on this one, but again education through all channels is the key here, changing some of the ways such pills are prescribed.  I don’t want to see them go away either as if I ever have major surgery again, I may need a few.  I mention this as there was talk to completely remove many from the market and I don’t think we need to go that route.   Science is making strides though with devices that are being able to substitute in some areas instead of pills too but we are not completely there yet as medical devices need to be specifically targeted for the most part, a pill does not and can be prescribed to cover a myriad of pain symptoms and conditions throughout the body.  BD

Representatives of 24 pharmaceutical companies met with representatives of the Food and Drug Administration to try to sort out the current prescription drug abuse problem. This is the first time that the organization has asked drug companies to form a risk-management plan for an entire class of drugs. 5.2 million Americans abuse prescription drugs each year according to a 2007 a survey on the subject. This February 16 companies were asked to come up with risk-management plans for prescription painkillers like morphine, oxycodone, and methadone which through abuse lead to hundreds of lethal overdoses every year.