Health Insurance and preventing fraud need to work together and you almost need some non profit organizations to have this be successful and truly look out for the consumer interest.  What are we doing here, awarding contracts to companies that have created a backlog of legal court cases and potentially misrepresented themselves, to contribute to the fact that 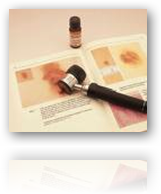 progress is moving at a snail’s pace with anti fraud solutions?   How can a company that is traded on the open market have the consumer interest at heart, or perhaps I should say as a top priority, the shareholders are the top priority and there’s no stroke of genius required to figure that out.  This appears to be a part of the problem and adds to the escalating cost of healthcare.

One prime example that has been in the news for years and has a ton of lawsuits in court is the case of the corrupted Ingenix data base, where the Attorney General of New York brought this to light.  This data base was used for 8-9 years to calculate out of network customary charges, not only for their own claims (United) but all the other major carriers subscribed to it as well and now it is going to be revamped to be run by a non profit, and yet the company secures contract with hospitals and government entities to fight fraud?  Remember, shareholder profits come first, so if there’s some money to be saved here it comes after priority #1 has been satisfied.  I’m only connecting dots here with multitudes of articles that have been posted for a number of years.  Ingenix is the technology arm of United Healthcare and puts more money to the bottom line today than selling policies.

So how can a “for profit” company who’s #1 loyalty is to shareholders provide a non-bias picture?  Certainly from the technology side they have spent time and money creating the very complicated and substantial algorithmic codes to “score” and look for signs of fraud via claim processing, but remember there are algorithmic codes for profit that fit in here too. The company also makes a ton of revenue selling your medication records for underwriting, so by seeing if you are for example taking Lipitor, the underwriter might interpret your risk factor as being higher as this medication indicates you may have some cholesterol issues, right?  Why else would you be taking the medication, again connecting dots for dollars.  There are other companies that provide such anti fraud services, and a few have been purchased by Ingenix, so kind of the same stuff we are looking at as far as fair competition here with insurance and we know there will be more mergers and acquisitions to come.

The State of Washington uses their services to prevent fraud.  It was just in June of this year that HealthNet decided to stop using the out of network Ingenix claims data base, so again many of the major insurers were all using this as their guideline.  One more example, we have Sutter Hospital using their services to help with business intelligence decisions, again it’s the algorithms here for profit at work.  These are just a few examples and I’m sure the number of contracts out there goes way beyond what I have cited here.

How does these algorithms work? A group of dermatology offices within 5 days had every carrier stop honoring their claims, and this was for services already provided by doctors to patients.  They were “scored”.  Algorithmic formulas detected potential “fraud” through automated processing and the word was sent out to every carrier on the list, so in 5 days, the money stopped coming in.  I don’t have the current details on the progress but the physicians offices said the decisions came from the special investigations unit of Ingenix and they believe they were singled out due to a high number of claims, again it’s those algorithms that are in use to detect and score.  This is a pretty ugly situation and pitted doctors against patients and is now of course in court and adds more cost with legal expenses in southern California and affected offices from Beverly Hills down to San Diego with refusals to pay for skin cancer and acne treatments.  Scoring claims can be a contributing factor to claims being denied and we truly want to identify fraud; however, are these scoring algorithms designed for fraud detection or profit and which one comes first?

EHR/EMR software companies go to great lengths and expense to certify that their software works and aggregates data with patient medical records; however, on the other side of the coin, when it comes to payments, I have not heard or seen a case where an insurer can certify their payment algorithms to be correct and pay the appropriate amounts, as a matter of fact how would they do that with stock holders wanting their dollars first?  Is this something we should look at and create an agency to certify that they too as well as the software vendors are following a regulatory procedure?

One group of doctors took them to court and won in New Jersey over the out of network customary charges, in December of 2009.

In summary the question here is can a for profit company, traded on the stock exchange, be a solution to efficiently help prevent fraud when stockholder profits are the #1 priority?  I’m sure there are a few others out there who might fit into this same category as well, so perhaps taking a look at who gets the contracts and where their interests lie, and again consider some non profits in here too, might make some real inroads to helping prevent fraud without using algorithmic scores to hinder those who “might” have some false positives identified in their claims based on the formulas used.  This stands to certainly add to the cost of healthcare through over taxing the legal system to investigate and find out if whether or not it is fraud or just the algorithms creating false positives, and of course who suffers the most, the doctors and the patients.

Algorithmic formulas are used for profit and you need to look no further than Wall Street and read up on what Goldman Sachs had done for a very visible example, and this continues to flourish in all areas of business, again just spending a little time today connecting some dots and questioning how we determine who’s contracts are in the overall interest of preventing fraud and providing better healthcare.  I believe non profits might stand a pretty good shot at entering into this arena.  BD

WASHINGTON — Two years after the federal government started its latest push to crack down on Medicare fraud, the number of people charged with ripping off health care insurers has barely changed, Justice Department records show.

That effort comes at a critical time, because the White House and lawmakers are hoping to use savings from anti-fraud measures in the government-run health plan to help pay for health care legislation. Fraud costs Medicare an estimated $60 billion a year, Attorney General Eric Holder said Thursday.